Croatia pull away in third to drop GB to 0-2 - Hoopsfix.com

Croatia pull away in third to drop GB to 0-2 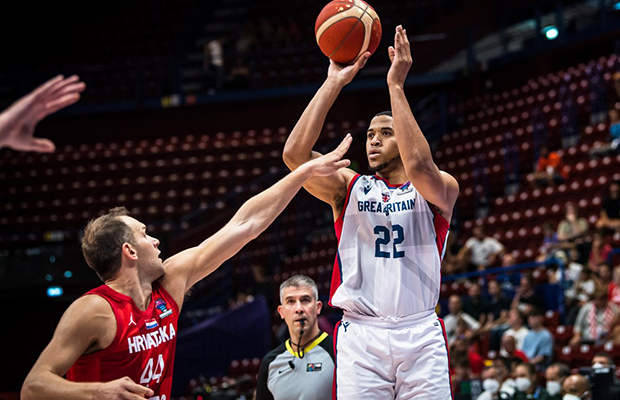 Great Britain fell to 0-2 at EuroBasket 2022 with a 65-86 defeat at the hands of Croatia on Saturday afternoon in Milan, Italy.

It was once again the third quarter that proved to be their undoing, as Croatia used a 15-2 run to open the period led by Ivica Zubac to put away GB and turn it into a blowout where they led by as many as 35.

Myles Hesson had 16 of his 18 in the first half to lead GB, while Patrick Whelan provided a boost in the fourth with 14 points in 13 minutes. Gabe Olaseni joined them in double figures with 10 points.

“We played good in the first half, bad in the second half,” Hesson said after the game. “That’s about it really. We didn’t give ourselves a chance to win with that third quarter.”

Croatia were led by 15 points a piece from Bojan Bogdanovic, Ivica Zubac and Dario Saric.