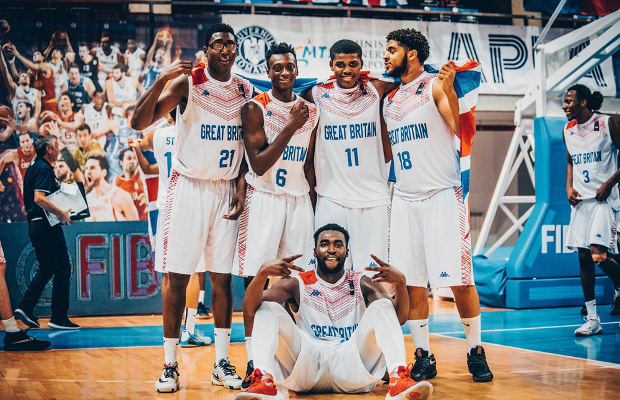 The cash-strapped British Basketball Federation have not entered Great Britain Under-20 teams into the FIBA European Championships for next summer, Hoopsfix can reveal.

With the home nations only being able to put together a financial package to enter the Under-18 and Under-16 programmes, the decision was made to drop the Under-20 programmes due to a lack of funds.

“I’d like to offer my thanks to the Home Countries for stepping in to back as much of the junior programme as is possible,” Toni Minichiello, Interim Chair of the BBF, said in a statement.

“The BBF’s UK Sport support doesn’t allow us to spend the Progression funding we have received on anything other than our senior teams.

“Therefore, it is fantastic news that the HCAs have been able to help out to back four of our six teams. Of course, we would all love to be able to find the money to do more, but basketball is not a rich sport and collaboration, as we saw in the summer with Basketball England’s support of the GB 3×3 teams, is helping us do what we can with limited funds.”

The BBF are also struggling for money across their Senior programmes, having failed to unlock the majority of the £1.35million that was offered from UK Sport almost a year ago.

The ‘Progression’ funding pot was dependent on the BBF and HCAs coming to a collaboration agreement, something they have yet been able to do – as first reported by MVP’s Mark Woods.

Steve Bucknall, Basketball England Head of Talent and Performance, added: “England and the other home country associations have been able to pull together funding to allow our U16s and U18s compete next year.

“Following long and difficult discussions and deliberations, including with our BBF colleagues, we have been able to offer a solution that allows four of the GB teams to compete next year. It comes against the challenging and uncertain financial backdrop for all organisations involved caused by the pandemic.

“We are aware that it will be a big disappointment to the players and coaches involved at U20 level but delighted to be able support four of the teams.”

It means the Great Britain Under-20s will go three years without a programme, with all events in the summer of 2020 being cancelled due to COVID-19, and then the BBF opting not to enter any youth teams in the COVID-adapted ‘Euro Challenger’ events this summer – smaller bubble tournaments that took place across Europe.