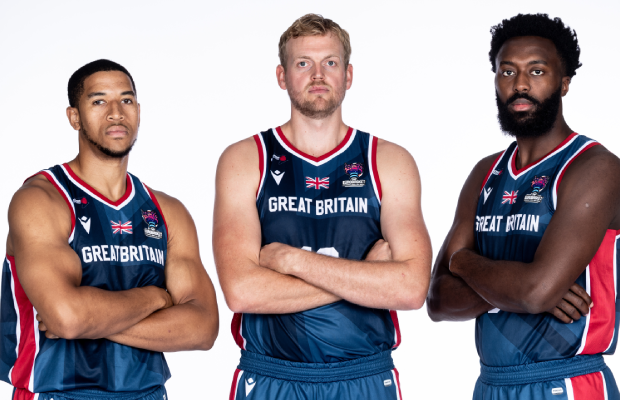 Great Britain’s final 12-player roster has been confirmed ahead of the start of FIBA EuroBasket 2022 on Thursday.

Nate Reinking’s side play their first game in Milan, Italy as part of Group C against Ukraine on Friday as they go with a slightly changed group that took on Latvia in the World Cup qualifiers.

Dan Clark could become GB Senior Men’s most-capped player during the tournament, while Myles Hesson, Gabe Olaseni and Ben Mockford are expected to reach the milestone of 50 appearances.

Hesson missed out on the tournament in 2017, as did Ovie Soko, who makes a debut at the tournament alongside Carl Wheatle, Jamell Anderson, Patrick Whelan and Kavell Bigby-Williams.

Devon Van Oostrum previously played in the 2011 and 2013 editions and joins Dwayne Lautier-Ogunleye in the backcourt for GB as Teddy Okereafor misses out.

Related ItemsFeaturedFIBA EuroBasket 2022GB Senior Men
← Previous Story Dan Clark: ‘We believe we can make some noise at EuroBasket’
Next Story → GB blown out at hands of Ukraine in EuroBasket opener