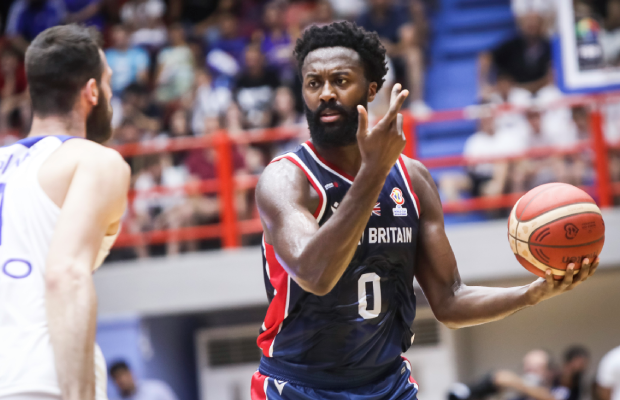 GB Senior Men fell to a 93-71 defeat on the road against Greece in World Cup qualifiers action in Larissa, on Thursday evening.

Nate Reinking made his return to the sidelines – assistant Marc Steutel had stepped in for his previous absences – as GB made their first competitive appearance since November having already qualified for the second round following Belarus’ exclusion.

GB are now at 1-2 with all results counting towards the next phase, where they will take on three teams from Group A with Belgium set to join Serbia and Latvia in advancing to Group I.

Myles Hesson top scored in the loss with 23 points along with seven rebounds, while Carl Wheatle added 15 points and debutant Pat Whelan had 12 points with Gabe Olaseni also in double figures with 10 points.

Clark opened the scoring with a three, and Whelan followed suit from downtown for his first Senior points as GB jumped out to a 12-1 start. However, Greece began to settle into the game and closed the gap to just a single point at 19-20 after 10 minutes with Devon Van Oostrum marking his international return.

Greece finally took their first lead of the game at 27-25, but GB hung with them with Hesson moving to nine points as the visitors’ leading scorer as they went into the break trailing by a single point at 39-38.

The hosts began to pull clear in the third as they outscored GB 30-10 to take control of the contest – dominating inside with a shooting percentage above 70. GB continued to fight with Hesson making a tough and-1 and Wheatle throwing it down, but the damage had been done and Greece rounded out a convincing 22-point win.