GB Senior Men lose at home to Turkey, take 1-3 record into second round 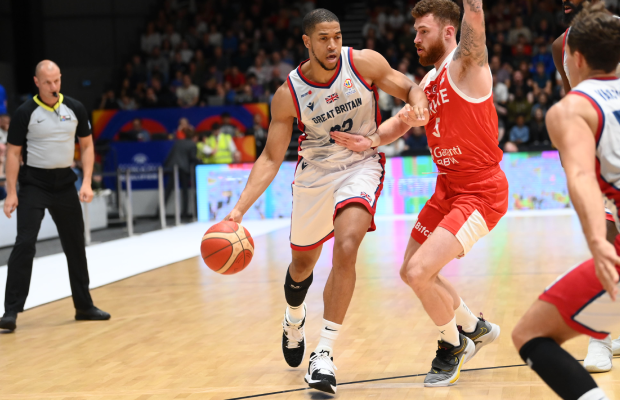 GB Senior Men suffered their second loss of the window as they were beaten 71-85 at home to Turkey in their World Cup qualifier in Newcastle, on Sunday afternoon.

Nate Reinking’s side finish with a 1-3 record in Group B and will take that into the second round, where they will join Belgium, Latvia and Serbia and Group I with the top three teams qualifying for the World Cup.

Unlike on Thursday night on the road, GB were off to a slow start as the visitors jumped out to a 13-3 start capped by a Shane Larkin three. Hesson and Whelan hit threes in an 8-0 response out of a timeout before Dan Clark followed suit from downtown to put GB ahead for the first time, at 16-15.

Turkey edged back ahead at 18-20 at the end of the first before making their move in the second – led by Shane Larkin’s 17 points – as they opened up an 11-point cushion going into half-time as GB trailed 31-42.

Bigby-Williams provided a spark off the bench for GB with a succession of dunks in the third quarter, but the hosts were unable to claw back the deficit as the gap remained at 11 points at 51-62 heading into the final 10 minutes.

The gap was back into single figures early in the fourth, but Turkey used an 11-0 run to put the game beyond doubt. Van Oostrum hit a late three to move into double figures as GB enjoyed a bright finish that ultimately ended in defeat.

GB will be next in competitive action in August when the second round begins with ensuing windows in November and February.

– GB were beaten 84-67 in the previous meeting in Istanbul
– Greece finished first in Group B with a 3-1 record
– Jacob Round replaced Carl Wheatle (personal reasons) in the 12
– GB starters: Van Oostrum, Whelan, Hesson, Clark & Olaseni