GB come from behind to defeat Greece in Newcastle - Hoopsfix.com

GB come from behind to defeat Greece in Newcastle 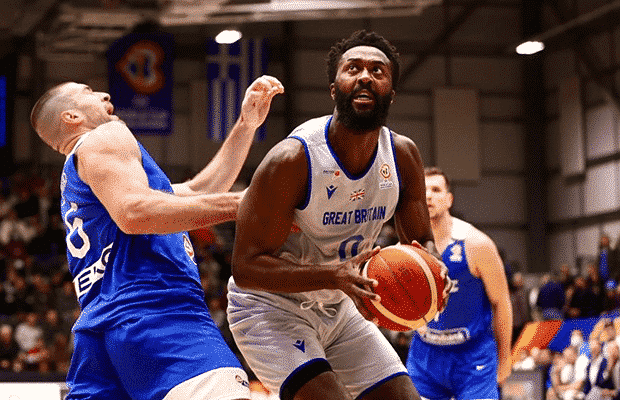 GB overturned a 15 point deficit on their way to a 78-69 victory over Greece in their FIBA World Cup 2023 Qualifier on Thursday night in Newcastle.

Trailing by 15 midway through the third, GB erupted behind three triples from Teddy Okereafor to get back into the game before going on a 16-3 run to open the fourth to take control.

The win marks the first victory over Greece for GB since 1984.

“I think you can see what it means to the group,” Head Coach Marc Steutel said of the win.

“We were really fortunate to have the support we had, it was loud in there, good atmosphere, it was good to have a game of this level on home soil…What epitomises our group is, the final buzzer goes and everyone is looking forward to the next one. Really proud of the group.”

“It was a good win, much needed win at that, got another one Sunday though,” GB’s Tarik Phillip said, already looking ahead to their match up with Turkey on Sunday.

“A lot of our shooters got open, got quality looks and made shots.”

Elsewhere in the group, Belarus got an 84-70 upset win over Turkey.

GB return to action on Sunday in Istanbul, where they take on Turkey – the game will be broadcast on BBC Sport.