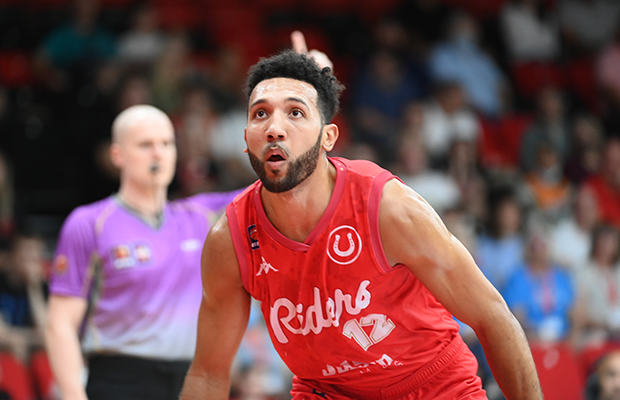 Jaiden Delaire, Callum Lawson and Patrick Whelan are all set to make their Great Britain Senior Men debut after being named in the 12-man squad to face off against Greece on Thursday.

Meanwhile, Devon van Oostrum sees a return to the squad after eight years, having last suited up in 2014. GB stalwarts Dan Clark and Myles Hesson will lead the team, along with the experienced Kyle Johnson and Gabe Olaseni.

The FIBA 2023 World Cup Qualifier in Larissa will take place at 6pm BST tomorrow and be viewable on Courtside 1891 for £9.99 for a month pass.

GB enter this window in unprecedented form, having won 12 of their past 15 games – a run that extends all the way back to the 2018-19 season and includes wins over the European heavyweights of France, Greece, Germany and Montenegro.

“This is a huge opportunity for these guys and I think they’re taking advantage of this,” GB Head Coach Nate Reinking said.

“Practice has been great with the roster coming into camp and doing everything they can to grasp our philosophies and show that they can produce.

“Come tomorrow night and come Sunday, when their numbers are called, these guys are going to be ready to step up and that is what it is all about. They’re all fighting for a roster spot in the future and they know this is an opportunity for them all to show what they can do.”

“I’m extremely excited for tomorrow’s game and then to bring it back to Newcastle on Sunday in front of a sell-out crowd will be awesome. This roster has worked extremely hard to grasp a lot of concepts and develop and grow together over the last few days and we’re excited to put that to the test tomorrow.”

Teddy Okereafor will see his record streak of consecutive games for GB come to an end at 51 after not being able to overcome an injury sustained prior to training camp, in which he is in attendance.

Having already qualified for the second round, GB return to the UK to play Turkey on Sunday in Newcastle in front of a sold out crowd.