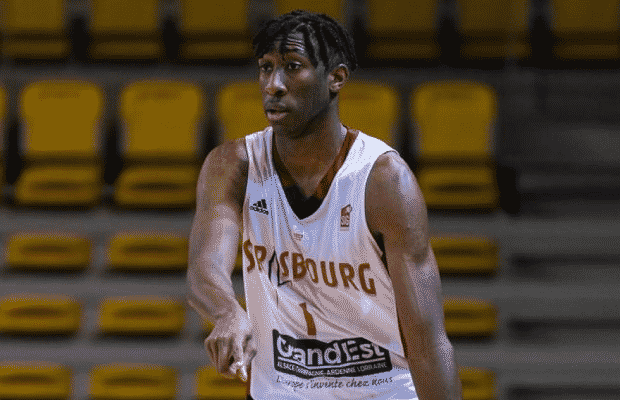 Michael Belle is looking forward to playing his first competitive game in the UK in three years at the 2022 Hoopsfix All-Star Classic, on Saturday.

The 18-year-old will suit up for Team Black in the Under-19 Men’s game at a sold-out Crystal Palace National Sports Centre having missed out last year due to isolation rules.

Belle has spent the past three years playing in France for SIG Strasbourg after being spotted by scouts at a Regional Tournament as a 15-year-old, and finally gets to make a debut appearance at the Classic amongst the top 24 juniors.

“Honestly, I’ve been looking forward to playing since last year seeing as I wasn’t available because I was doing a short stint with the pros,” he told Hoopsfix. “I’ve always had the opportunities to play, but other things just kept coming up.

“But now that I’m finally able to come back and play in front of the people that I used to know back in my Richmond Knights days, it’s really a surreal feeling.”

Belle had a big season for Strasbourg at Under-21 level with seven double-doubles having posted 14.6 points, 7.8 rebounds and 2.5 assists per game in 31 appearances.

The 2003-born guard-forward netted a best of 22 points on five different occasions and also made an appearance in the Basketball Champions League with two minutes against Hapoel Holon in the quarter-finals.

“I think this season in France has been the one where I’ve learned the most,” said Belle. “I’ve been regularly training with the pros and taking a leadership role for the Under-21s had helped that.

“When you’re around pro players who have really been around the world to experience the game and share their own stories with you, it gives insight into what it really takes for you to be a pro at any level.

“Personally, I feel really lucky that I have that available to me because I know not a lot of young players get these chances.

“I think my style of play has evolved thanks to the difficulty playing style of European basketball. The IQ aspect of the game is really underrated with young players like me, but I learned that that is the really the main thing that can help you become a pro and continue you to play at a high level.

“I’ve always been athletic and quick, but adding and fine tuning the details of handling the ball in PnR [pick and roll] situations and being a facilitator has really opened doors for me. Being confident in my handle has helped me become consistent in the midrange and with pull-ups.” 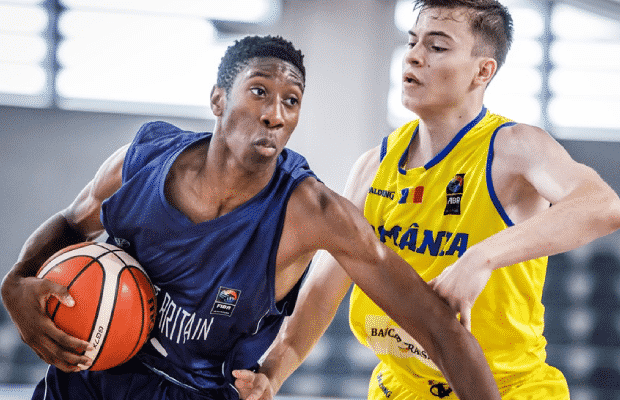 Prior to his move to the east of France, Belle also represented GB at the Under-16 European Championship in 2019 with averages of 11.1 points and 9.0 rebounds per game with three double-doubles during the tournament.

There are four players in total from that GB U16 roster competing in the Under-19 Men’s game as Saturday’s showcase throws up some intriguing matchups.

“It’s been a while since I’ve played against any of the GB boys,” Belle concludes. “I’m excited to see all of them, find out how they’ve been and how their journeys are going.

Follow @Hoopsfix on social media to keep up to date on all the action from the 2022 Hoopsfix All-Star Classic.