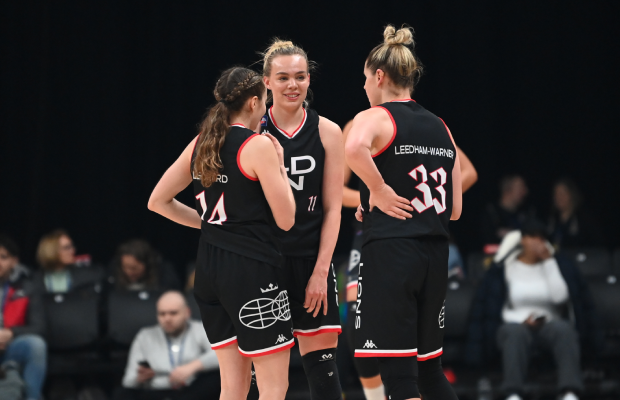 London Lions dominate the WBBL’s official British Team of the Year with four players as voted by the league’s coaches.

Jo Leedham-Warner was the only unanimous selection and is joined by teammates Kennedy Leonard, Holly Winterburn and Azania Stewart with Sheffield Hatters’ Helen Naylor completing the team.

Leedham-Warner was the team’s leading scorer with 15.7 points along with 6.9 rebounds, 4.5 assists and 3.4 steals per game to help the Lions to three pieces of silverware so far.

Point guard Leonard led the league in assists with 8.3 per game and makes a second successive appearance, whilst adding 10.8 points and 2.5 steals per outing.

Winterburn makes the team for the third time in a row (there were no awards in the 2019-20 season) having made an immediate impact following a summer switch from Leicester Riders with 11.7 points, 3.7 rebounds and 5.0 assists per game in 19 league appearances.

Stewart also made move from Leicester to London in the off-season and is voted onto the team for the second year and posted 10.4 points, 6.8 rebounds, 2.6 assists and 1.3 blocks per game.

Meanwhile, Naylor becomes the second player to earn a fourth overall appearance – the last of which coming in 2018-19 – having impressed for the returning Sheffield Hatters with 16.5 points, 6.2 rebounds and 3.1 assists per game.

The official awards announcements continue in the lead up to this Sunday’s playoffs finals.