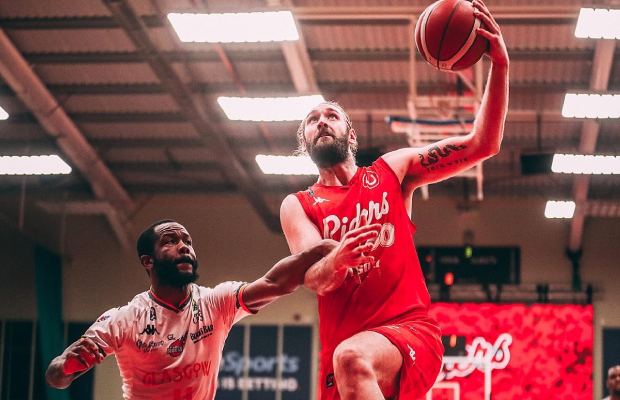 Leicester Riders and London Lions will meet in the 2022 BBL playoffs final at The O2 on Sunday after coming through their semi-final encounters.

The Lions were the first team through as they defeated Bristol Flyers 91-73 on Sunday to wrap up a 176-156 aggregate success before Leicester eased past Glasgow Rocks in a dominant 209-162 overall victory.

Who's coming to London? #BritishBasketball

The semi-finals began on Friday night with London securing a hard-fought 83-85 success on the road in Bristol as Isaiah Reese top scored with 24 points whilst adding 12 assists, though did also have 10 turnovers. The Flyers had 20 points and 11 assists from Marcus Evans as they had jumped out to a 25-15 start.

However, the Lions recovered from a 14-point deficit with a big second quarter to go into the half level and it would come down to Julian Washburn’s game-winner with 22 seconds left on the clock.

The second leg at the Copper Box proved another close affair and Bristol were still in the contest heading into the final quarter as they trailed by five on the night. London had other ideas and pulled clear as they poured in 31 points in the fourth to ease to victory as Reese and Dirk Williams combined for 54 points.

Meanwhile, Leicester effectively did the damage in the first leg in their tie with Glasgow as Geno Crandall posted 32 points, seven rebounds, 11 assists and five steals to help secure an 84-105 triumph on the road. The Riders ran away in the second half having trailed 48-43 at the break and been as many as 11 behind.

They scored 62 points in the second half and carried the momentum into the second leg as they led 19-5 early on. Leicester finished strong, too, with a 32-17 final quarter to secure another convincing victory with Crandall and Conner Washington combining for 42 points.

Leicester now meet London in the playoffs final in a repeat of their 2018 showdown, which was won by the Riders.