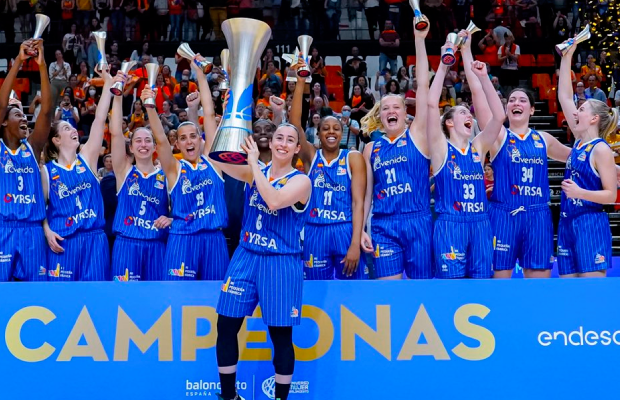 The GB sharpshooter contributed eight points and five rebounds as Avenida defeated second seeds Valencia 62-67 on the road to complete a 2-0 series triumph.

IM SO PROUD OF THIS TEAM!! BACK TO BACK CHAMPS BABYYYY 🔥🏆💙 https://t.co/kwypwpA7vs

Samuelson first joined the club in 2019 and now has two playoffs title to her collection alongside two Spanish Cup triumphs with the second of those achieved earlier this season along with back-to-back EuroLeague Women Final Four appearances.

The 27-year-old averaged 7.7 points and 3.4 rebounds per game in 31 domestic appearances for the club this season having played alongside younger sister Katie Lou Samuelson for a second season.

Samuelson has also had multiple spells at three different teams in the WNBA having last played for Seattle Storm.