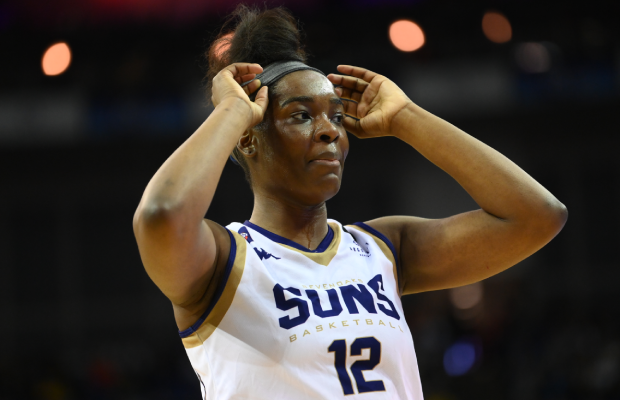 Janice Monakana has retired from professional basketball at the age of 26 after playing in the WBBL playoffs final at The O2 Arena, on Sunday.

The GB international announced the decision a couple of days before the season finale as she embarks on a new chapter.

“I’ve played in America, I’ve played for my country, and taken myself to a lot of different places,” Monakana told GB.basketball. “It is hard and sad to end the chapter, because I started this with my dad, but I think he’d be proud – and perhaps surprised – of all the things I’ve accomplished, and I’m so blessed to have had this journey.”

Monakana was the Suns’ leading scorer with 13 points in 27 minutes of their 70-45 defeat against London Lions as they finished the season as runners-up in three competitions.

The Toledo graduate won five pieces of silverware in total in the WBBL having initially joined Nottingham Wildcats in the 2017-18 season; winning the WBBL Cup title albeit whilst spending a spell on the sidelines through injury in the first half of the season.

Monakana made the switch to Sevenoaks in the following season and enjoyed immediate success with Len Busch’s side as they won the double before adding a Cup title in 2020 and another league triumph in 2021.

The versatile forward won two WBBL final MVP awards and was also part of GB’s historic squad that achieved a fourth place finish at EuroBasket in 2019.