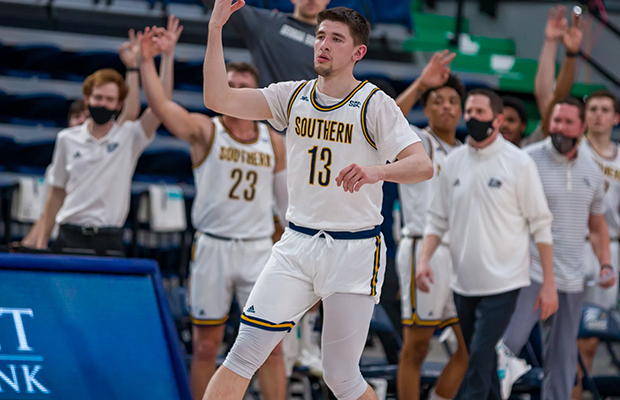 Eagle Nation, thank you for the unforgettable 2 years I had being an Eagle. I have made memories and friendships that I will cherish forever. With that being said, I’m excited for this next chapter with @MaineMBB 🐻 pic.twitter.com/DwYZL2fgxX

Prior to his time with the Eagles, the Hoopsfix All-Star Classic alumnus competed in Florida at Division 2 Flagler college where he averaged 19 points and 7.6 rebounds per game.

Juozapaitis has participated in the Hoopsfix All-Star Classic four times, winning the MVP award in the under-17 game in 2017, scoring 20 points, along with 7 rebounds and 5 assists.

The Maine Black Bears men’s basketball team finished last in the America East conference this season with a 6-23 record.