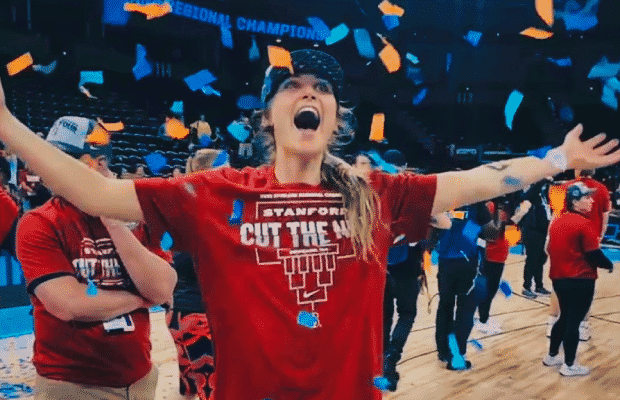 Hannah Jump is heading back to the Final Four of the NCAA Tournament after Stanford won the Spokane Regional title.

The defending champions defeated Texas 59-50 in the overall Elite Eight stage with Jump coming off the bench in an eight-minute cameo.

Jump – who made history last season – opened the tournament with a 15-point outing as the Cardinal defeated Montana State 78-37 before following up with victories over Kansas and Maryland to advance.

The former England Under-16 international was averaging just shy of 10 points per game in her junior year ahead of March Madness with an impressive shooting percentage of 40 from three-point range on the season.

Stanford will meet either NC State or UConn in the Final Four with those two sides meeting in the Bridgeport Regional final.

Earlier in the tournament, Esther Little’s Gonzaga and Grace Heeps’ UAlbany were both knocked out by Louisville, while Loren Christie went out in the first round with Buffalo.