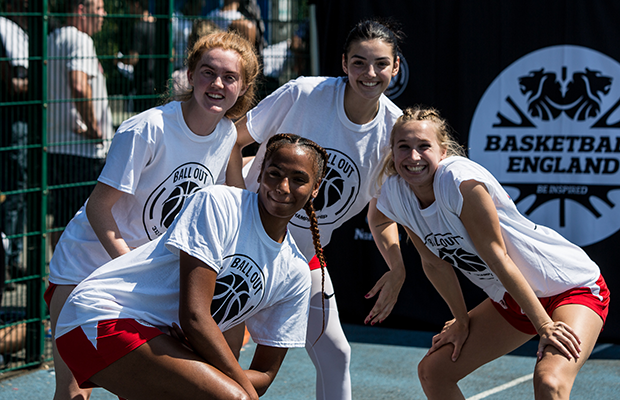 Ball Out 3×3 National Tour 2022 dates and locations have been confirmed as the UK heads into a big summer of 3×3 basketball.

‘Ball Out 3×3 in partnership with Basketball England’ – following their collaboration last summer – will feature six qualifying events across the country in June and July, culminating in two days of national finals in London.

Ball Out will return to the capital, Newcastle, Essex – visiting the spectacular new 3×3 courts at Writtle University College – and Manchester, with a new stop in Nottingham.

“Following the success of last summer’s national tour, we are excited to provide another opportunity for players from around the country to get involved,” Ball Out 3×3 CEO Julius Joseph said.

“It’s a huge year for 3×3 basketball with the Commonwealth Games debuting 3×3 and we are looking forward to a great summer of basketball.”

With Elite Men, Recreational Men, Women, U18 Men, U18 Women, U16 boys, U14 girls, U14 boys, and Wheelchair basketball categories, Ball Out provides the biggest 3×3 opportunity in the country.

Registration will open Monday 11 April with Ball Out 3×3 subscribers being offered an exclusive 24-hour window to register before public release – you can register here.

The half-court form of the game is set to explode this year as part of a summer bonanza for the sport, with Ball Out leading the way.

Great Britain return to FIBA 3×3 Europe Cup action and Team England will go for glory on the 3×3 courts at the 2022 Commonwealth Games in Birmingham in July and August, with Ball Out chief Julius Joseph coaching England men.

“What an exciting summer we are in for, with 3×3 right at the heart of our #GameTime campaign to get even more people involved in basketball. It’s great to team up with the pioneering Ball Out organisation once again and keep building on the work done so far.

“Last year was a huge success and we’re looking to keep that momentum going as we look forward to seeing Team England’s men and women chasing medals at the Commonwealth Games.”