Ball Out 3x3 partners with Basketball England for 2021 expansion - Hoopsfix.com

Ball Out 3×3 partners with Basketball England for 2021 expansion 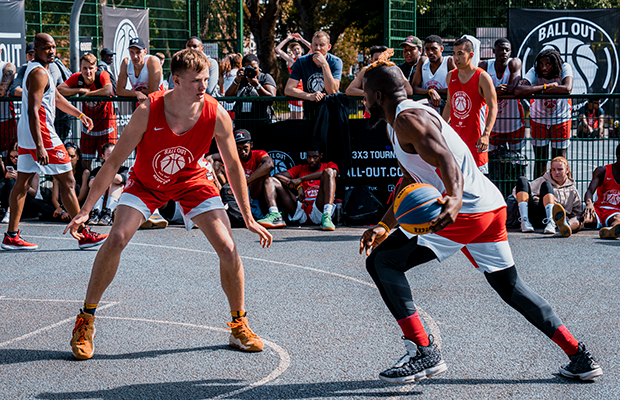 Ball Out 3×3, the UK’s largest 3×3 tournament, has formed an official partnership with Basketball England to expand the nationwide tour of events in 2021, whilst using it for talent ID for the Birmingham 2022 Commonwealth Games.

‘Ball Out 3×3 in association with Basketball England’ will feature eight qualifying events across the country during summer of next year, culminating in two days of finals in London.

✔ 10 Events Across the Country
✔ 2 Day Finals
✔ Talent Scout for the 3×3 Commonwealth Games Team
✔ 3×3 World Tour Trip for the Winners
✔ Bigger and Better than ever before https://t.co/CGZOCfMyve pic.twitter.com/iWNMI02cW4

The UK’s premier 3×3 tournament will feature added locations, as elite players – including professionals from the 5×5 game – will be invited to showcase their skills, with Basketball England using the tournament as part of preparation for selecting the England men’s and women’s 3×3 teams to compete at Birmingham 2022.

For the fifth consecutive year, winners from the Elite Men’s Ball Out Finals will earn an all-expenses – paid trip to compete in the FIBA 3×3 World Tour and the chance to win the huge cash prize.

“I’m really excited to be working with Basketball England in the run-up the Commonwealth Games
2022,” Julius Joseph, Ball Out CEO, said.

“This will be eighth year Ball Out has delivered top-class 3×3 events and 2021 will be the biggest ever.

“The opportunity to bring basketball players together from across the nation is truly special. The
winners receive an all-expenses-paid trip to compete in the 3×3 World Tour which would be a huge
boost to anyone’s chances of competing in the Commonwealth Games based on the 3×3 ranking points awarded.

“The World Tour prize money for first place is $30,000 so the opportunity we are providing is
incredible.”

“We are hoping to see lots of talent, whether it is elite pros or streetballers, as we build towards
selecting teams for Birmingham,” Bucknall commented.

“Ball Out 3×3 also dovetails perfectly with our aim of helping people revitalise outdoor courts and
spaces in heart of communities through the next phase of our #ProjectSwish campaign. We can’t
wait to get started.”

Basketball England will also be working with others from the 3×3 community to shine a light on the
sport and develop it further in England up to and beyond the Commonwealth Games.

This will be part of a wider campaign to create a legacy from B2022 for basketball and the community. More developments and a framework for everyone to be involved will be developed in 2021.

Details about Ball Out entries will be released in the new year.