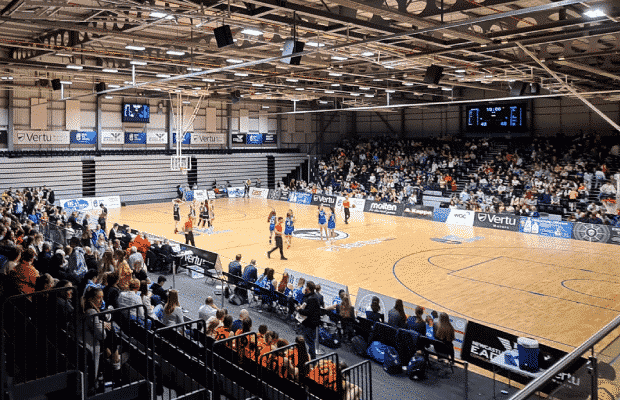 Newcastle Eagles set a WBBL Championship record with over 1,122 fans in attendance at the Vertu Motors Arena, on Friday night.

The crowd figure is also believed to have surpassed the previous mark for any women’s basketball league game in the UK recorded in 1980, according to the club.

Newcastle were unable to come away with the victory as Caledonia Pride secured a sixth straight success with a 51-65 victory behind a triple-double from Taylor Edwards with 10 points, 13 rebounds and 10 steals.

The Eagles – who usually play on a Saturday night – were given the club’s prime slot in a heavily promoted game as ‘The Big One’ as they targeted a crowd of 1,500.

“What we’re trying to do at Newcastle is create a clear pathway for female basketball players in the North East and an event like this can only help,” head coach Noelia Cacheiro had said in the build-up.

“I’m proud to be a part of the basketball community in this part of the world and we have a great opportunity to showcase that community later this month.”