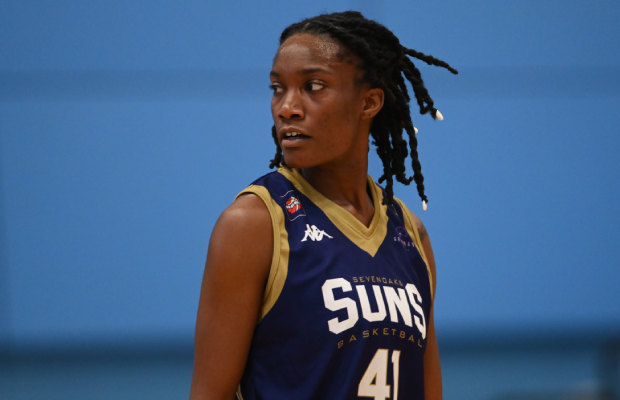 Jamila Thompson is raring to go ahead of Sunday’s WBBL Trophy final after making a return to action with Sevenoaks Suns earlier this month.

The GB forward faced several weeks on the sidelines through injury before taking to the court for the team’s semi-final victory over Thompson’s former side Leicester Riders. And, in the midst of recovery, full focus turns to this weekend’s battle for silverware in Glasgow.

“I’m feeling good,” Thompson confirmed to Hoopsfix. “Like anyone who’s been out for a particular amount of time, you’re not always 100% until you’ve got a few practices and games under your belt – it always takes time and patience.

“But I’m glad to be back on the court with my teammates. It felt like forever, but they welcomed me back with love as they do.

“I’m excited for the game. I know it’s been a long-awaited matchup that everyone’s been waiting for and they get to see it finally in one of the most important parts of the season. I feel both teams match up fairly against each other.”

Thompson has been a key addition for the Suns this season having been part of their summer recruitment alongside returning duo Julia Koppl and Judit Fritz as well as American guard Frankie Wurtz.

The 29-year-old is arguably one of the best passing bigs in the league and brings a significant presence at both ends of the floor with averages of 7.9 points, 10.0 rebounds, 4.8 assists and 1.6 blocks per game to reflect the all-round threat.

Thompson spent last season in Czech Republic and admits it was an easy decision to return to the league having been a distant admirer of the growing talent around the WBBL in the past few years.

“The transition joining the Suns has been pretty easy,” said Thompson. “One of the main reasons I joined the club was that I wanted to play back at home after a not-so great season overseas. I wanted to find myself again – Len offered the opportunity and I took it.

“I feel like I bring an infectious defensive energy to the team. It’s something you can’t see but I know the team feel it. Offensively, I create for my teammates and find them in open spots on the floor, while putting points on the board when I need to.”

On being back in the UK: “It’s been fun. I’ve always kept my eye on the WBBL while I was overseas and noticed how much more talent has been on the come up.”

Thompson has mixed memories in Trophy finals with back-to-back appearances with Leicester in 2017 and 2018. They were beaten by Sevenoaks before avenging the loss 12 months later with a 15-point victory in Cheshire with London Lions’ Holly Winterburn alongside Thompson on the Riders roster. 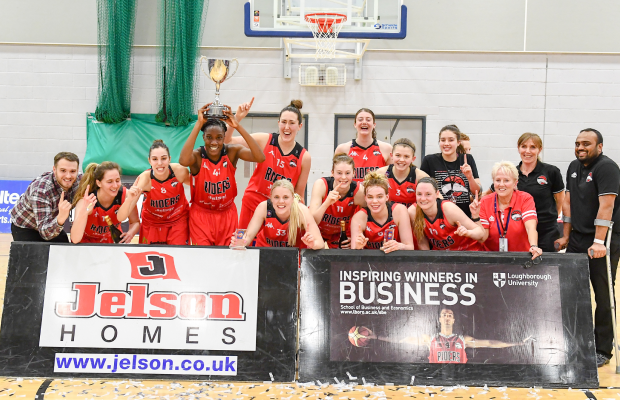 And now, Thompson hopes to help Sevenoaks add to their trophy cabinet as they come up against the Lions in a fascinating matchup. The Suns have won all 17 games in all competitions since losing to London in the Cup in September, while their opponents are still to taste defeat in their domestic campaign.

“We just have to play our game,” concluded Thompson. “Try not to panic if things aren’t going exactly how we planned.

“We’re a team who know how to solve situations on the court when it gets difficult. If we stay positive throughout the whole game we could find ourselves in a good position.”

Sevenoaks face London this Sunday at the Emirates Arena in Glasgow with live coverage on Sky Sports from 12:30pm.