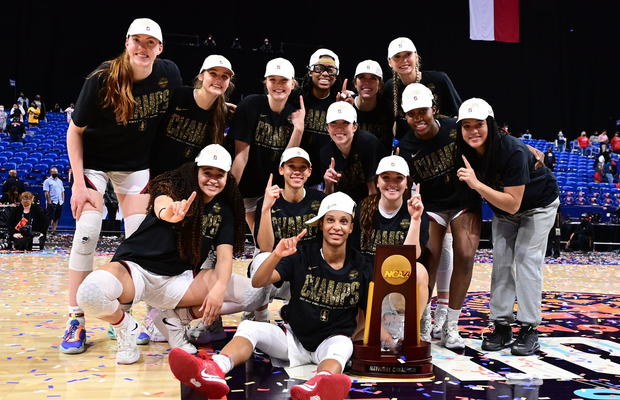 Hannah Jump has won the NCAA Tournament with Stanford after their dramatic 54-53 victory over Arizona in the National Championship Game, in San Antonio.

The former England Under-16 international is believed to make history in being the first British female winner of the prestigious tournament – London-born Ben Gordon won the men’s title with UConn in 2004 and went on to belatedly represent GB.

Jump saw eight minutes of court time with a rebound and an assist in the win as Haley Jones starred with a team-high 17 points as the Most Outstanding Player.

Stanford rode an early 12-0 run in the first, then needed 11 straight to re-take the lead in the second. Arizona rallied from a double-digit deficit to close to within a single point with 2:40 left, but the number-1 seeds held on to secure a third NCAA Tournament triumph – and first since 1992.

The Cardinal had beaten fellow PAC-12 school Arizona in their two regular season meetings by a combined winning margin of 41 points.

Jump averaged 6.9 points per game on the season with 32 appearances and made a total of 57 three-pointers at 43.2%.