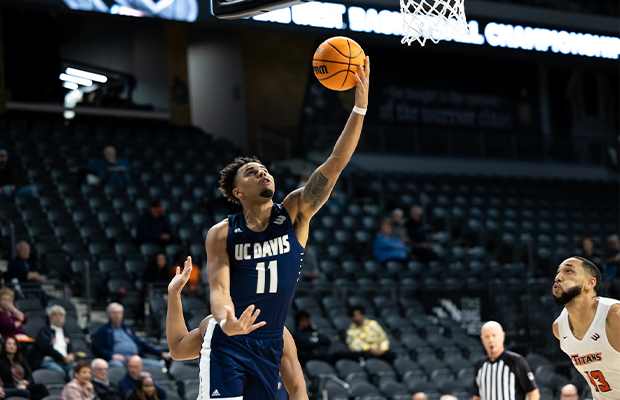 Caleb Fuller has announced his commitment to NCAA Division 1 Montana State University ahead of the 2022-23 season, giving the Bobcats more British firepower.

The 6’5″ former Barking Abbey and Ipswich forward has announced his transfer from UC Davis after four seasons in California, and will join the site with the biggest British contingent in college basketball with assistant Coach Chris Haslam, plus Amin Adamu – who will graduate this off-season, Great Osobor and Jubrile Belo.

A Hoopsfix All-Star Classic alumnus, Fuller last played for Barking Abbey and Kent Crusaders in the UK in the 2017-18 season and has represented Great Britain in the Under-18 and Under-20 teams.

Fuller is a former EABL Finals MVP with an 18 point, 8 rebounds and 7 assists performance in 2018.

The Bobcats booked their spot in the NCAA tournament for the first time since 1996 last season after locking up both the Big Sky Conference Tournament and regular season titles, behind Big Sky MVP and DPOY, Jubrile Belo.