Get to Know: Nicholle Lavinier (’04-Born) 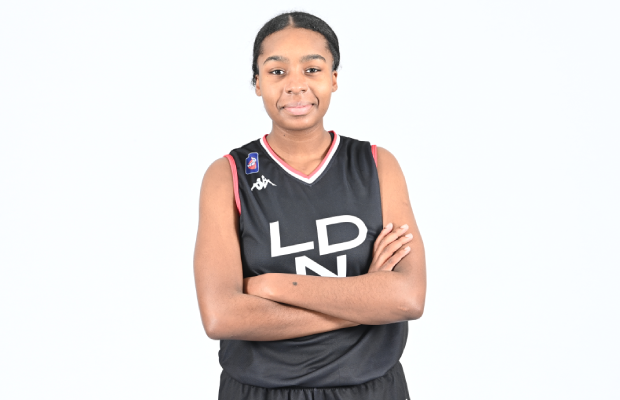 Our ‘Get to Know’ player profile series continues during the 2021-22 season as we take a look at some of the junior talent around the UK.

Next up is emerging Nicholle Lavinier – the ‘stretch four’ forward, who is currently learning the ropes playing alongside some of GB’s finest as part of the London Lions squad with a chance to win more silverware this weekend.

NL: It’s a difficult one to pin down specifically because I’m adaptable, looking at what individual skills are required from me in order to help my team win on any given day. I like to study the game. I’m very much a team-first player. I’m a shooter, defender, passer, rebounder. Recently, I’ve learned how to use my physicality, especially since training and playing with the London Lions WBBL team. No easy ride with those ladies!

When did you know you wanted to be a basketball player?

NL: I grew up around basketball. My dad (David) used to play for the East London Royals under Humph Long and then for Brixton Topcats under Jimmy Rogers. He played for England throughout his teenage years before retiring from the game. My brother Andre played so I watched him too. I played with boys in the London CVL from the age of 10 and was invited to the RPCs. I didn’t start playing with regularity until I played in the RDT at the age of 12 and subsequently joined Haringey Angels. I became interested in both watching and playing basketball. I love analysing the game; watching NCAA, NBA, European, and UK domestic games as much as I can. There are many options in basketball: player, coach, commentator – who knows what the future holds for me?

NL: Hitting a buzzer-beater from the halfway line to win a playoff championship when I was 11. It was a surreal moment, one that I imagine every basketball player dreams about. Also, meeting LeBron James and Steph Curry. If I can sneak in another, obvious one, it’s this rollercoaster ride with the London Lions WBBL team.

Who is your favourite basketball player? And why?

NL: My favourite female player is Breanna Stewart because she does a little bit of everything; this is the type of player I aspire to be like. My favourite male player is Stephen Curry because his approach and playing style has changed the game.

NL: ‘If it’s to be, it’s up to me.’ Also, everyone must take responsibility for their own performance / mistakes, so I always analyse what I could have done better first and then at how we could be better as a team.

NL: Returning after breaking my fibula. I’d just won the shooting competition at the 2017 RDT and was beginning to grow in the game. After that injury, I lost confidence. Physio appointments were sparse. For a while I was afraid to play as hard as I could in certain moments in case I got injured again – and I’m over 6 feet tall! Basketball and confidence go hand-in-hand.

NL: Pass my A-levels. Continue to learn under the likes of Joey Leedham-Warner, Azania Stewart, Kennedy Leonard et al to improve my game. Grasp every opportunity. Combine uni and basketball.

NL: I think Clem Odom will be one to watch. She hasn’t played basketball at this level before but she works really hard and we are definitely seeing it paying off.