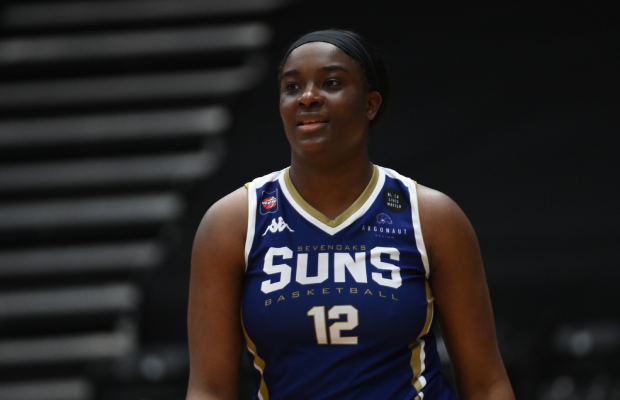 GB international Janice Monakana has returned to the UK to re-sign with Sevenoaks Suns after leaving Sodertalje in Sweden.

Monakana had made a summer switch to play overseas for the first time, linking up with ex-Riders head coach Jesper Sundberg – averaging 7.4 points and 3.4 rebounds per game in five appearances.

The 26-year-old’s return strengthens a Suns side that have made a 5-0 start to their league campaign with Monakana set to play alongside fellow Londoner Jamila Thompson, who has missed the last couple of games.

“We are delighted that Janice is returning to the Suns,” head coach Len Busch told Hoopsfix. “We missed her and are looking forward to building some more memories together.”

Monakana scored 500+ points in the WBBL Championship across three seasons with the Suns – winning five titles with the club having also been a two-time finals MVP in the playoffs and Cup triumphs.

The Suns add valuable depth with Monakana having previously excelled in a role off the bench with their current starting lineup of Frankie Wurtz, Renee Busch, Judit Fritz, Cat Carr and Julia Koppl