Rivalries aside: Players that have represented both Leicester and Newcastle - Hoopsfix.com

Support
Home / BBL / Rivalries aside: Players that have represented both Leicester and Newcastle

Rivalries aside: Players that have represented both Leicester and Newcastle 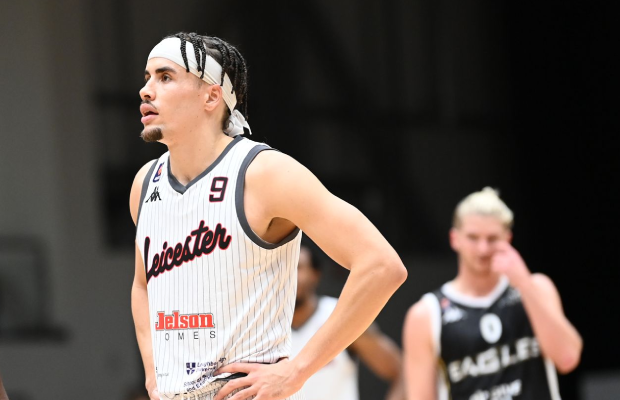 Newcastle Eagles and Leicester Riders are the two most successful clubs in BBL history and their rivalry has grown in the last decade or so, but that hasn’t stopped some players experiencing both sides of the battle.

Since the 2011-12 season, the two clubs have claimed a staggering 28 pieces of silverware between them with the 10 they have missed out on split between London Lions, Worcester Wolves (three each), Sheffield Sharks (two), Cheshire Phoenix and London City Royals (one each).

And, unlike perhaps in other sports, playing for one team does not rule out swapping for another – careers are short and opportunities limited for such sentiments to take precedence.

We’ve taken a look back at the players who have played for both clubs following on from the announcement of Corey Johnson joining Newcastle Eagles after two seasons with Leicester Riders.

The sharpshooting Canadian marks the first addition for the Eagles having played an important role in the success of the Riders in his first two years in the BBL. Johnson was averaging 12.2 points per game in the curtailed 2019-20 campaign with a best of 32 points – including 10 threes – against Surrey Scorchers.

In the past season, Johnson averaged 10.9 points in 27.9 minutes per game across 30 league appearances to help Leicester to the league title, coming up with the game-winner against Worcester, but has now made the switch to Tyneside to join up with the reigning playoffs champions.

“I am extremely excited to be joining the Eagles this season, after playing in the BBL for almost two years now, I felt the opportunity to be a part of this programme was one that I could not pass up,” said Johnson. “After the season, the club reached out to my agent and it wasn’t long after that I was officially a Newcastle Eagle.

“Due to COVID, I still have yet to play in front of Eagles fans, but from I hear they are some of best in the league and I can’t wait to go to war for them.” 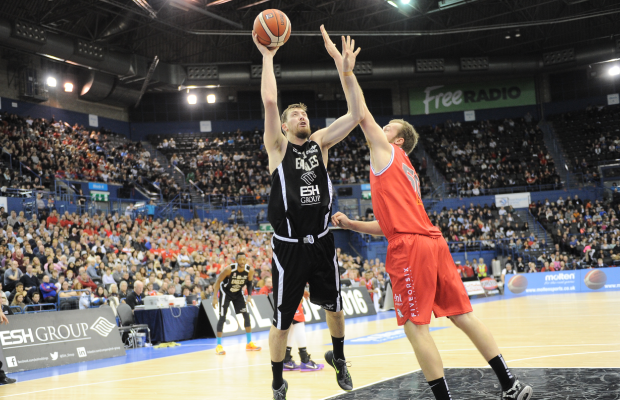 A BBL legend that enjoyed ample success on Tyneside and then in the East Midlands having initially begun his collection of winner’s medals with Everton/Mersey Tigers. Thomson moved to Newcastle in 2011 after two seasons with the Merseyside club and it was more of the same, but better, after upgrading from being a treble winner to the history of a clean sweep.

Thomson averaged 14.3 points and 8.7 rebounds per game for the Eagles and later returned to the club, after two years in France, picking up where he left off with another haul of all four trophies in the 2014-15 season. The next year only brought success in the Cup before the Manchester native made a surprise switch to sign with Leicester.

The forward continued to play an important role in helping a team compete for silverware and played out the rest of his career with the Riders, with the final years as captain. Thomson still averaged double figures through his first three years with back-to-back trebles before holding aloft his 20th piece of silverware in the 2019 playoffs final. 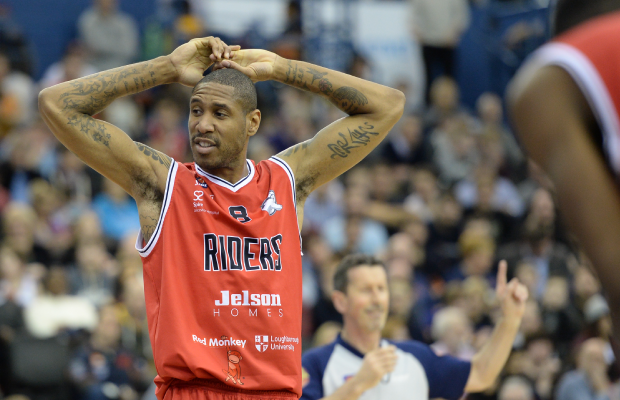 One of British basketball’s greats, the former GB captain was also a perennial winner in the BBL with his haul of 20 winner’s medals later matched by former team-mate Thomson. Like Thomson, stats were never enough to reflect Sullivan’s importance and the collection of trophies speaks volume with the 2012 Olympian at the heart of a change in fortunes for both the Eagles and Riders.

Sullivan’s first season in the BBL came following a move in the summer of 2004, helping the Eagles end their wait for BBL silverware with successes in both the Trophy and playoffs finals. The next season saw Sullivan average 21.2 points and 8.1 rebounds per game on his way to being named league MVP as Newcastle produced a dominant campaign to take all four pieces of silverware.

After a couple of years away, Sullivan returned to the Eagles midway through the 2009-10 season and helped secure league and Trophy titles before a move to Mersey Tigers. Sullivan then signed with Leicester in 2011 and led the club to a historic treble in his second season, earning a second league MVP award in the process.

Sullivan spent a season at hometown club London Lions before returning to see out his career with the Riders and finished with a flourish, announcing his retirement in 2017 after another treble triumph to reach the incredible tally of 20 trophies in the BBL. 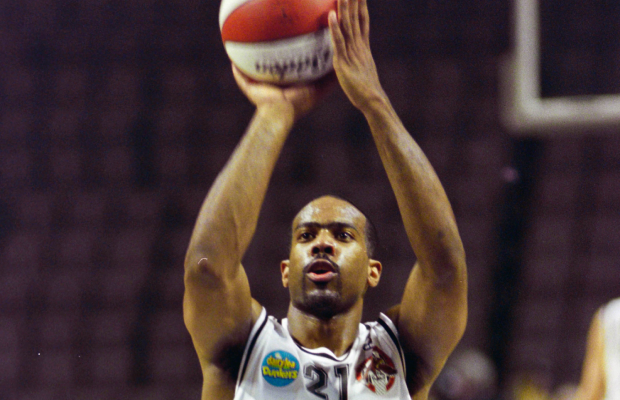 Blalock first joined the Eagles as a rookie out of Towson ahead of the 1996-97 season having averaged 17+ points per game in each of his final two years at college. As a fresh 22-year-old, he made an immediate impact; putting up exactly 20 points per outing in 30 league appearances in a debut season which was capped by making the BBL’s Team of the Year (when 10 players were selected).

The dual-national would later return for two more seasons with the Eagles with a career best of 20.6 points along with 2.5 steals per game in the first of the additional two-year spell. However, Blalock made a move further south

‘King Ralph’ as he was affectionately dubbed by the Eagles fans then had his crowning moment with the Riders after helping deliver the club’s first BBL triumph with a 26-point performance as MVP in their 84-82 success over London Leopards in the 2001 National Cup.

📺🍿 Okay so here's the highlights from the BBL Cup 2001 final… we want to hear your memories from this final! #champagnemoments

Blalock and the Riders were not done there and finished the season with a fairytale run in the playoffs, culminating in an 84-75 upset victory over the favoured Sheffield Sharks at the Wembley Arena in London. Blalock again top scored in a big-time final performance with 25 points, though the MVP award this time went to Larry Johnson.

A second season followed as Blalock then averaged 20.0 points per game in the 2001-02 campaign, narrowly boosting his numbers from the previous season before moving onto Brighton Bears – winning the Cup for a second time – and then London Towers the following year. 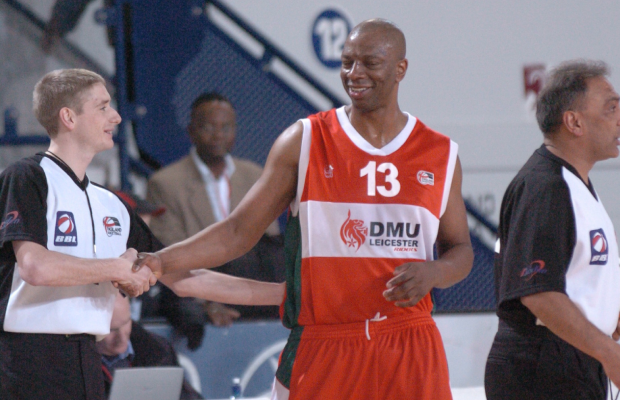 Slightly different circumstances with Bucknall, given that it took him nearly two decades to represent both clubs with his spell with the Riders towards the back-end of an illustrious career. The 2006 Commonwealth Games bronze medalist, now turned Basketball England Performance Director joined Sunderland Saints in the 1990-91 season after a year in the NBA with LA Lakers.

Bucknall posted 21.1 points, 7.2 rebounds and 4.6 assists per game for the Saints in 17 league appearances with the club finishing as runners-up in the league and playoffs, though they did win the National Cup with victory over Leicester (City) Riders. Bucknall made the BBL’s Team of the Year and would later represent London Towers and Birmingham Bullets, albeit briefly.

At the age of 39, Bucknall joined the Riders with 9.7 points, 4.3 rebounds and 3.7 assists in the 2005-06 season – helping the team reach the BBL Trophy final, though they would lose to a Newcastle Eagles side that would achieve the rare feat of a clean sweep of all four titles.

As per Dan Routledge, here is the full list of players to have represented both Leicester Riders and Newcastle Eagles:

*did not play for the Eagles after signing