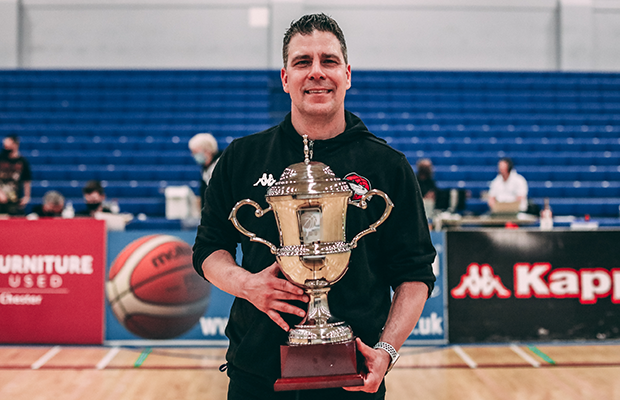 Rob Paternostro of the BBL Championship-winning Leicester Riders has won the 2020-21 Molten BBL Coach of the Year award, voted by his peers.

After leading his team to a 24-6 BBL Championship record in one of the most competitive seasons in BBL history, he picks up the award for a record-breaking sixth time, and his fourth in the last five years.

“It’s a team award and I really enjoyed working with our team,” Paternostro said.

“It was a great group to be around, they played unselfish basketball and competed on both ends of the floor night in and night out, but best of all were great teammates.

“We have a great staff, so many contributed to our success this season.”

The 48-year-old native of Connecticut – who enjoyed a good playing career in the BBL as a charismatic point guard from 2000 to 2008 – has built his success on a defensive philosophy, with his side once again being amongst the best defensive teams in the league.