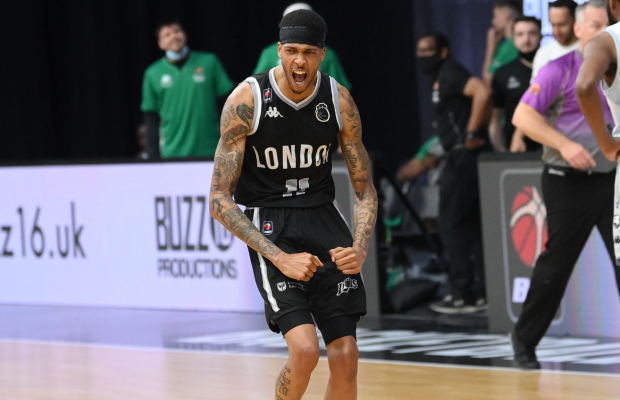 Newcastle Eagles will take on London Lions in the 2021 BBL playoffs final as both sides came through their semi-finals, on Thursday evening.

The six-time playoffs winning Eagles knocked out the three-time defending champions Leicester Riders, while the Lions bounced back from a 12-point first leg defeat.

Here’s a recap of the second legs:

Newcastle turned on the style in the second half as they defeated Leicester 88-69 to advance to the final. Rahmon Fletcher was huge again with 27 points and 10 assists with Cortez Edwards adding 22 points in the 164-146 aggregate triumph on their opponents’ home floor. 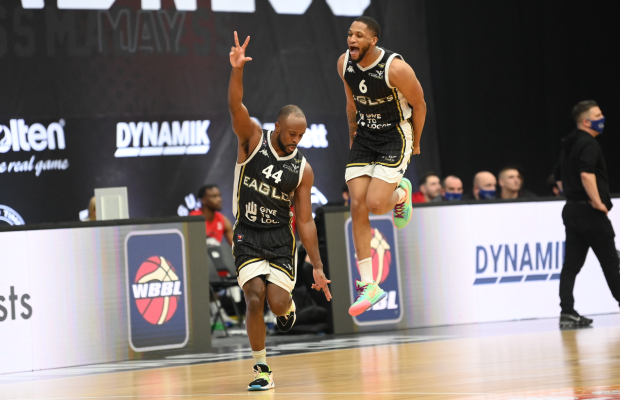 Fletcher and Edwards combined early on in a 10-3 run to move the Eagles into a double-digit lead as they racked up 29 points in the opening period, in contrast to the first leg. The Riders battled back and would take the lead at 39-38 on the back of a 12-2 burst.

They were shooting above 70% from inside the arc, but just 2-of-13 from outside as Fletcher’s basket put Newcastle back ahead at the half with the tie level on aggregate. The fourth seeds made their move late in the third with back-to-back threes from Fletcher helping the score to 65-51.

The gap was increased to 18 points on the night early in the fourth before the league champions hit back with a 10-0 response. Further big triples from the Eagles followed as Fletcher and Louis Sayers both connected from downtown as their side then began to run riot in the midst of a 17-4 tear.

London booked their spot in the BBL playoffs final as they overturned a double-digit first leg deficit to win 100-80. Vince Macaulay’s side came through a tense finale to secure a 180-172 aggregate victory.

The Lions came out fighting in the face of a 12-point deficit with Justin Robinson racing along to 15 points to put his side ahead on aggregate as they led 28-13 inside seven minutes. London’s lead remained at 15 early in the second before the Raiders settled with an 11-0 run.

A huge two-hander from Ashley Hamilton ended the scoring in the half to bring Plymouth even closer as they trailed 45-42 at the half-time break. London lost Orlando Parker to his fifth foul early in the third, and Robinson would join him on the sidelines after suffering an ankle injury late in the period.

The league runners-up remained in front, though, and took a 10-point advantage into the final quarter. Jordan Spencer hit a three at the start of the fourth to make it 76-63 as they moved back ahead overall and the teams would continue to trade the aggregate lead.

DeAndre Liggins’ strong drive saw the lead peak at 17 points with the Lions up 87-70 inside the final six minutes and they would not relinquish the advantage down the stretch with big plays deciding the contest.

The final takes place on Sunday at the Morningside Arena and is to be shown on Sky Sports.