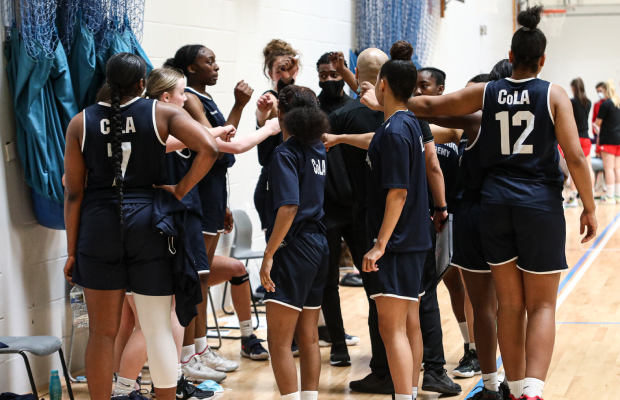 Ipswich and City of London Academy both came through their semi-final encounters on Saturday to advance to the WNBL D1 final.

The top-two seeds had to battle through on home court as Ipswich edged out Nottingham Trent University 75-72, while CoLA beat Loughborough Riders 64-50.

IPSWICH will be in the WNBL Division One Playoff Final!

Ipswich come back from down 8 at half time to sneak out a 3 point win. Commiserations to Nottingham Trent University who were superb.

⏭️ Next up… The Playoff Final pic.twitter.com/prDca0YocH

Ipswich had to come from behind to see off the fifth seeds, NTU, as Harriet Welham contributed 27 points, eight rebounds and seven assists with Cameron Taylor-Willis adding a double-double of 21 points and 11 boards.

The league champions found themselves eight behind at the half as the visitors used a 12-20 second period to surge ahead as Abbey Whitehouse moved into double figures. They had been up as many as 10 before a close finish ensued with the lead changing hands at the start of the fourth.

Brahe Ashton’s three put NTU up four at 60-64, but Ipswich rallied with a pivotal 11-0 burst including eight in quick succession for Welham. Evi Dekker scored with 1:33 left to move to 27 points and bring her side back within three, but they would come up short.

Meanwhile, CoLA made a bright start in their 2-3 seeded matchup against Loughborough before pulling clear in the third quarter on their way to victory. Molly Lavin posted a double-double of 14 points and 14 rebounds with Isi Ozzy-Momodu also collecting 14 boards to go with eight points in the win.

The hosts led 21-15 after the opening 10 minutes and the six-point gap would remain at the half as the two sides shared 26 points in the second quarter. However, CoLA held their opponents to just eight points in the third as they extended the gap to 13 points to take control.

Loughborough gave up 20 turnovers in the contest as their key players were kept quiet with Robyn Ainge leading the visitors with 14 points as they had too much to make up in the fourth quarter.