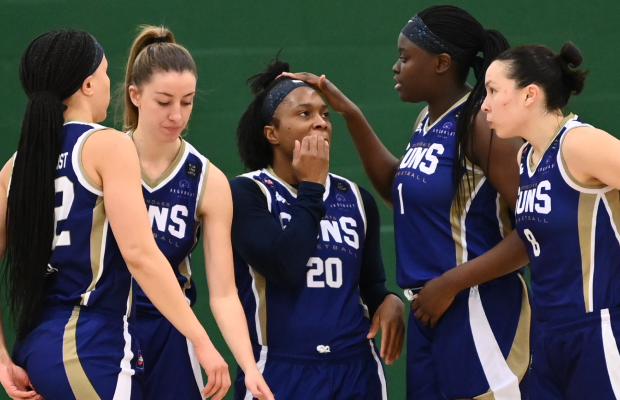 Sevenoaks Suns have been confirmed as WBBL Championship winners for a third time as they secured the head-to-head over Leicester Riders, despite losing 64-58 on Sunday afternoon.

Len Busch’s side wrap up the title as they lost by less than the required 12-point margin of victory Leicester needed – as the Suns had won 63-51 in their first encounter in midweek.

Holly Winterburn’s 36-point haul had extended the title race for another day as the Riders battled to an 80-84 triumph away at third-placed London Lions, on Saturday.

However, they were unable to do so again despite a remarkable comeback from 18 down to inflict a first league defeat on the Sevenoaks.

Cat Carr is undoubtedly a leading MVP candidate having produced another remarkable season with averages of 19.1 points, 8.9 rebounds and 7.3 assists. The American guard/forward led the team through a packed schedule with two triple-doubles in April as the Suns entered the final month of the regular season with several games in hand.

Sevenoaks decided to take a break from action earlier in the season – at the height of another wave of the COVID-19 pandemic – and having initially withdrew from competing in the WBBL Cup final, they were re-instated and were beaten by Leicester.

The Suns complete their regular season in midweek when they face Caledonia Pride on the road before the start of the playoffs, where they go in pursuit of a fourth consecutive title.

The quarter-final matchups for the WBBL playoffs are as follows: