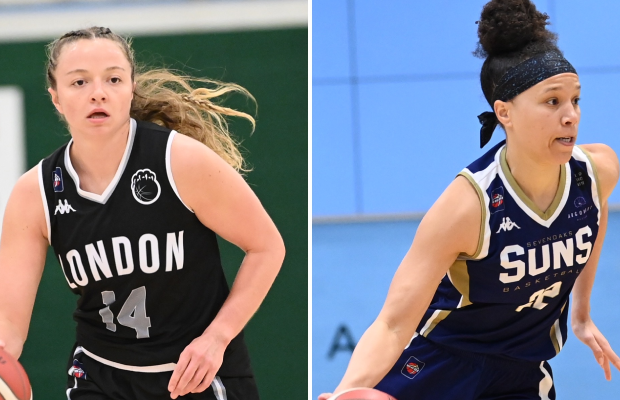 The regular season is finished, the playoffs are fast approaching, so we decided to recognise some of the leading performers with our unofficial awards.

These picks have no impact on the official WBBL awards, which are voted on by the league’s coaches and will likely be revealed in the lead-up to the playoffs finals.

The biggest snub? Cassie Breen without a doubt. Probably the greatest shooter the league has ever seen. If it was purely down to the best five players, Breen is in, but I feel there needs to be some resemblance of a lineup rather than running out five guards (however, depending on the voting format, this may still end up being the case, anyway).

Any coach would want Kennedy Leonard as their point guard and you could put Cat Carr anywhere on the court from 1-5 and you’d feel comfortable with that decision with the all-round star doing it all for the Suns.

The final spot? The debate with Jasmine Joyner will be whether or not she played enough games – missing 50% of the regular season after a cruel injury two minutes into the Trophy final. What’s not up for debate is three-year Wildcats star’s status as the most dominant big in the league.

So, if no Joyner, who do you go with? There are a few candidates, but Stephanie Umeh stands out. A consistently efficient performer who quietly goes about her business and somewhat under the radar too on a star-studded lineup.

The MVP race – discussed further below – feels like it’s between Carr and Leonard. But Holly Winterburn has to at least be in that conversation, too. You would also be crazy not to have a representative in the TOTY from the 18-2 league runners-up and Cup winners. Big players for the big games? How about that 36-point performance on the road against London? Special.

So, then it actually comes down to Breen or Alison Gorrell. The Newcastle Eagles star leads the league in scoring with an impressive 23.4 points per game and has helped her side to seventh place after their early-season struggles.

Who else has been missed? What could an All-Second Team look like:

Chelsey Shumpert – one of the toughest players to guard in the league.
Georgia Jones – always a reliable figure for the Mystics, does it all.
Cassie Breen – see above, elite shooter.
Ta’Yani Clark – impact goes way beyond the statsheet.
Kara Elderkin – understated veteran who has taken on a big role at Durham.

The level of British talent across the league has never been higher. Leonard and Winterburn are locks from the All-First Team. Georgia Jones has made every official British Team of the Year and should maintain that 100% record.

From the forwards, Sian Phillips has had a huge year on a young Caledonia Pride side – averaging a double-double – and Azania Stewart has shown that class is permanent with an impressive return to the court out of retirement having been key at both ends of the floor in the Riders’ strong league run-in.

Then there’s Shanice Beckord-Norton, Renee Busch, Janice Monakana, Claire Paxton all on the periphery, who have had strong seasons at their respective clubs.

This likely comes down to Cat Carr or Kennedy Leonard? I think whichever way this goes, the other person has every right to feel hard done by. And, it feels like a genuine 50-50. There is obvious logic for both.

Carr has been on an absolute tear through April – playing 12 games – with two triple-doubles and is a major reason why the Suns have celebrated another league title. You do something good enough for so long, people just come to expect this and this can lead to being under-appreciated, but Carr is the greatest the league has seen and would be a deserving winner for a second time.

Leonard has redefined the ‘new normal’ with an incredible season to rip up the record books. That elusive triple-double was finally captured on the final day with an outrageous 24-10-17-8 stat-line in Durham. 21 (twenty-one) assists in a single game, 200+ in the regular season, the one-cap GB Senior was also the Trophy Finals MVP and has been huge in helping turn around the Lions’ fortunes.

I mean, take your pick, honestly. There is no wrong answer. I feel both deserve recognition – is co-MVP out of the question? Full disclosure: Leonard got my vote in the BJA awards for WBBL Player of the Year, while I feel Carr may edge the official award from the coaches.

Young Player of the Year

We’ve set our criteria as Under-19. Depending on the official criteria, Winterburn could walk away with this accolade for a third time given she’s still only 20. The opportunities given to junior players this season has been great to see – especially on the leading teams, too.

Katie Januszewska established herself as a regular on the Riders roster with the 2004-born guard posting a WBBL career-high of 16 points in the comeback win over Sevenoaks in their final game. Then, there is Ines Goryanova making her debut at 14 with both players making meaningful contributions and by no means looking out of their depths at any stage – even in finals. Asha Andrews another exciting junior talent on a top-three side, also.

The Wildcats contingent from their academy have had significant playing time with 17-year-old German junior international Praise Egharevba stepping up in recent weeks following the injury to Joyner. The same can be said at Oaklands Wolves with Louise Rouse continuing to get better every time she steps onto the floor.

But, our pick goes to Ella Doherty – one of the leading players on a young Caledonia Pride team. The 2003-born guard averaged just shy of 10 points per game in the league campaign with a best of 25 points coming against London Lions, with 3.5 rebounds and 1.8 assists per game.

Sixth Woman of the Year

Stephanie Umeh. Hands down. The American rookie out of Cornell only started a handful of games recently due to the absence of Paige Robinson, but predominantly came off the bench to great effect for the Lions with 15.9 points and 7.1 rebounds per game – shooting 61% from the floor.

Janice Monakana would be another leading contender having played a major role for the Suns with all her GB experience coming off the bench as the first option for Len Busch.

You can go in multiple directions with this type of award – and it hasn’t been part of the official end-of-season awards. Sian Phillips gets the nod – posting 250+ points and 200+ rebounds with the 2000-born forward leading the league in rebounds per game.

Orieoma Chukwu-Etu had a breakout year for the Eagles after several years at the club, Abby Lowe continued to grow in her role – as the club dealt with injuries – in making a return to the WBBL for the first time in five years, while Ashleigh Munns took on a bigger role with Essex after two years away from the sport.

Defensive Player of the Year

Ella Clark. That early season rotation of Clark, Kate Oliver and Christina Gaskin on the interior defence was deadly for the Riders – Azania Stewart quickly got up to speed and patrolled the paint impressively, too. Clark’s length and ability to alter shots has been a big factor in key matchups inside this season and I’d be surprised if the dual-sport star is not on the official Defensive Team of the Year.

Lions duo Shanice Beckford-Norton and Chantel Charles deserve mentions, too, while Leonard leads the league comfortably in steals. Ta’Yani Clark of the Suns can lock up any player from 1-5 on the court and Claire Paxton was one of the league’s top shot-blockers with Durham.

DISCLAIMER: These are not official awards. Feel free to disagree. No offence is intended.