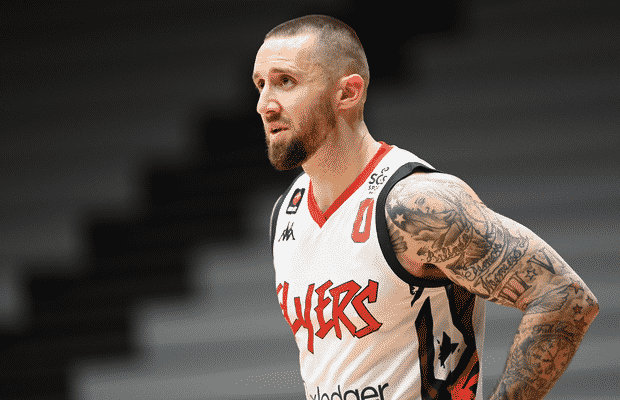 The gap in the title race increased further this week, even with a surprise result to conclude a busy round of league action.

Leicester dropped their fourth game of the campaign after seeing closest rivals London suffer two more defeats with the finish line in sight in the Championship.

Two more wins for the Riders, two more defeats for the Lions, and then a shock 26-point loss at home to Bristol on Tuesday. They still remain in firm control to regain the Championship title, but the performance will come as a warning, especially with doubts about the return of injured star Geno Crandall.

GB guard Conner Washington stepped into the starting rotation with ease with 15 points and 12 assists against Cheshire as a remarkable 22-3 fourth quarter inspired the win. Leicester pulled away to beat Bristol by 14 away on Saturday, only to follow with an uncharacteristic loss on Tuesday.

They may have missed out on silverware in the Trophy final loss, but Paul James’ side have the longest current win streak in the league at five straight having now won 10 of their last 11 with a weekend double.

Plymouth started with a 15-point success over Sheffield as Rickey McGill continued his scorching form with an efficient 21 points and they were even more convincing on the road on Sunday as they enjoyed a 21-point victory in Manchester behind a combined 48 points from McGill and Mike Morsell with Elvisi Dusha adding 15-6-9 from the bench.

No Justin Robinson, then no DeAndre Liggins, but far from no problem for the Lions. Two defeats on the weekend dented their league title hopes as they dropped to 11-7 with losses against Newcastle and Worcester.

Liggins was ejected in the first quarter of a game that saw London trail by as many as 26 in the North-East and was then absent in their 12-point home loss less than 48 hours later. The Trophy winners still have games in hand as they currently sit in fifth place, but face a busy final month with a lot of ground to make up – starting with three games this week.

After a lean spell of results, the Eagles enjoyed a commanding double-winning weekend against in-form opposition. The Cup winners raced out of the blocks to set the tone in beating London before another strong start helped set up a convincing success away at Cheshire to complete their double-header.

Cortez Edwards recorded the first triple-double of the season with 10-14-12 against the Lions as his side established control with a 36-17 opening. Rahmon Fletcher added 26 points to 14 assists with Louis Sayers firing in 24 points, while Justin Gordon top scored on their road victory with a game-high of 24 points as Newcastle ensured they held onto second spot.

Two defeats this past week for Ben Thomas’ side to somewhat halt their momentum, though they still remain amongst the top four in the official standings. They fell to a 12-point loss at Leicester in midweek before their return home resulted in a 16-point defeat against Newcastle having been down by 20 at half-time.

Matthew Bryan-Amaning had a team best of 17 points off the bench against the Riders with the visitors having led by seven going into the fourth. On Sunday, they were without Kahron Ross to injury, as they battled away despite a slow start. Their tough stretch continues away at Plymouth on Saturday.

What a week for Andreas Kapoulas’ side. If the margin of victory away at Worcester was a surprise, their huge victory at the league leaders was a major shock. Bristol beat the Wolves by 20, then lost at home by 14 against Leicester, only to beat the same opponents by 26 on the road a couple of days later.

Eric Lockett had 18-9-5 in the victory on Tuesday as the Flyers outscored the Riders 28-7 in a dominant final quarter. The defence also held Worcester in a 24-9 final quarter on Friday night as they turned a 10-point deficit into a commanding victory. At 9-12, they hold the decisive final playoff spot and have the teams above them firmly in their eye-line.

The Sharks suffered a defeat on the road in their return to action as they dropped back to .500 in the league as they remain amongst the middle of the pack. Atiba Lyons’ side were beaten by 15 away at Plymouth with Jordan Ratinho leading the team with 17 points and eight rebounds.

Sheffield stay on the road this week with a trip to the capital to take on London on Friday with the chance to leapfrog the Lions, albeit having played more games. With four losses from their last five in the league, time is beginning to run out to regain momentum ahead of the post-season.

A post shared by B. Braun Sheffield Sharks (@sheffieldsharks)

A turbulent week of results for the Wolves. They began with a defeat to an out-of-form Manchester side before a 20-point loss at home to Bristol, only to finish with a double-digit triumph away at recent Trophy winners, London.

Jordan Williams starred at the Copper Box with 23 points, 11 rebounds and six assists to stop the rot with fourth place still on their radar, though the teams below them have the same number of losses with games in hand. Bristol and London are both on their schedule again this week.

That’s now three wins in their last four league games for the Scorchers with their prospects looking brighter for a late season run. Creon Raftopoulos’ side have the top eight in sight, though games in hand will also present a challenging schedule in April.

Surrey were down at the half on the road against Glasgow before they produced a strong second-half display to win comfortably by 16. Tony Hicks led the way with a 28-point haul to go with five rebounds and seven assists with Lacey James and Martelle McLemore adding 19 and 18 points, respectively.

First game in charge, first win for Lloyd Gardner with the Giants as they defeated Worcester at home in midweek. However, defeats followed against Glasgow and Plymouth to leave them adrift in the race for the playoffs with just seven games remaining.

Sam Cassell poured in 27 points in the seven-point success against the Wolves in a return to scoring form. The Giants gave up a commanding position on the road in Glasgow before losing by 21 at home to Plymouth as the third quarters proved costly in both games – being outscored 33-16 and 5-23 in pivotal periods.

The Rocks split their weekend double-header at home before announcing that American duo Ronald Delph and Christian Keeling would be leaving the club. With nine games left, they are five wins behind eighth-placed Bristol and the departures may well reflect the state of their post-season hopes.

Gareth Murray’s side picked up a fourth league win on Friday night wiped out a 13-point deficit to win by 10 behind a 32-point, 18-rebound double-double from Delph with Jonny Bunyan firing in 26 points. Delph and Keeling combined for 39 in their final game on Sunday as the Rocks were beaten by 16 against Surrey.