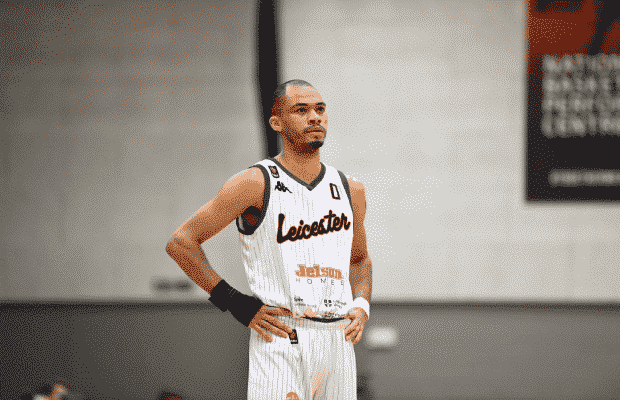 The regular season entered the final month with a lot of games to get through a challenging season.

Leicester Riders edge ever closer to another BBL Championship title, while Surrey Scorchers are not giving up on their hopes of forcing their way into the playoffs.

Win number 20 in the league in the bag. And, the Riders did so with the returns of Geno Crandall and Mo Walker having both been feared to miss the remainder of the campaign. The league title is on the horizon with Leicester overcoming Manchester on the road.

William Lee top scored with 19 points with Corey Johnson hitting big shots down the stretch. If there is to be another dramatic twist in the title race, then it could come this week as the Riders head to face Worcester before welcoming in-form Plymouth on Saturday.

😁 Who enjoyed seeing these two back on court today? 🙋‍♂️ pic.twitter.com/MtQOI650pq

Into second spot go Plymouth as they remain on course for their highest-ever league finish in the BBL. The Raiders continued their winning run with hard-fought battles with Surrey and Cheshire for an impressive weekend double.

23-32, 26-10, 18-31 were the first three quarter scores at Surrey as Plymouth battled to an eight-point road win behind 14p-12r-6a from Ashley Hamilton. They dominated the second period at home to Cheshire and held off a late charge to win by five as Rickey McGill top scored with 23 points. An exciting week sees them face local rivals, Bristol, before putting their form to the test away at Leicester.

The title race is still alive, just. The Lions did all they could this week with three wins in five days, even without Justin Robinson, while Kevin Ware was absent for their weekend double-header as they backed up a midweek victory over Surrey by beating Sheffield on Sky Sports, and then Worcester in overtime.

Dirk Williams hit five threes in a 35-point display as the Lions brushed aside the Scorchers by 19 on Wednesday and then added 25 more in the success over his former side. London needed an extra period to avenge their recent loss to Worcester with Orlando Parker netting 22 points as they eventually won by eight.

It was the tale of 20-point games this week for the Eagles. A 20-point win at home to Glasgow was followed by a surprise 20-point loss away at Surrey. The inconsistencies of Newcastle’s form of late could see them tipped as first-round casualties or dark-horses for the title in equal measure come playoffs time.

Cortez Edwards poured in 25 points with double-doubles from Rahmon Fletcher and Evan Maxwell in the victory against Glasgow, but their fortunes flipped less than 48 hours later as a good Friday turned into a sour Sunday in Surrey. The game continuously got away from them as they were held to 36% shooting from the floor.

A costly second quarter left Cheshire with too much to do in the fourth as they dropped to 12-12 in the league to fall back out of the top four. Jimbo Lull and Jalen Hayes shared 46 points away at Plymouth with Mike McCall adding 20 points in the continued absence of Kahron Ross.

The Phoenix saw the gap peak at 17 points before pouring in 32 points in the final period having cut the deficit to single figures with 5:58 left on the clock. They stay on the road in their next three games including this weekend’s double-header with trips to Worcester and Glasgow.

After their comprehensive win away at Leicester on Tuesday, Bristol went on to split their next two with a home loss coming against Worcester before beating Glasgow on the road to ensure they stay ahead in the race for the playoffs.

Daniel Edozie top scored with 16 points off the bench with four starters in double figures in their defeat to the Wolves as the visitors pulled away in the middle periods. The Flyers started strong in Glasgow to lead by 19, but needed a strong finish to repel the comeback as Josh Wilcher fired in 18 points after missing Friday’s loss. The return of the South-West derby is up next in midweek.

A positive weekend for the Wolves despite splitting their double-header as they beat Bristol on the road before pushing London close in an overtime defeat. Matt Newby’s side only have five league games left on their schedule and look set to be dangerous playoff opponents in the middle of the pack.

Lamarr Kimble had a 19-8-6 line in the five-point win over Bristol with Maarten Bouwknecht also netting 19 points. The Wolves then took the fourth 15-10 against London to force OT – after having a chance to win the game – and they were undone by a 7-0 spell to fall short.

The Sharks slip one place this week as they were beaten by 12 on the road, in Newcastle, against the Lions on Friday night. Jeremy Hemsley top scored with 21 points in the loss as Sheffield got off to a slow start and were unable to contain one of their former stars in Dirk Williams.

Atiba Lyons’ side still sit in a fairly comfortable spot in seventh, but will want to finish strong to build momentum ahead of the post-season, though a run of defeats could land them in trouble, especially with a double-header against Surrey and Manchester this weekend.

What a way to end the weekend for the Scorchers – a dominant 20-point victory over Newcastle. So, why are they still ninth in the rankings, you ask? Well, that win followed two defeats – albeit against top-four opposition – and they remain on the outside looking in on the playoffs battle.

Tayo Ogedengbe led the way with 23 points in the win against the Eagles with Tony Hicks adding 11 assists to 16 points to give the Scorchers a lift. They had led Plymouth by seven in a topsy-turvy encounter before losing by eight having lost by 19 away at London in midweek. Huge weekend with games against Sheffield and Worcester coming up.

Another league defeat for the Giants dented their post-season hopes, though they pushed the league-leading Riders all the way in a three-point home loss. Jordan Satchell produced an inspired display with a 36-point haul on 13-of-16 shooting, though the rest of the team went a combined 16-of-56.

Manchester did have a five-point lead at one stage and had tied the game inside the final two minutes. Despite the encouraging performance, time is running out for the Giants with just six games remaining as they trail Bristol by three wins in their pursuit of the top eight.

The Rocks’ playoff hopes are all but mathematically over as they suffered two further defeats on the weekend. They lost by 20 on the road against Newcastle, but a fightback at home to Bristol ended up in an eight-point loss.

With Americans Ronald Delph and Christian Keeling now departed, player-coach Gareth Murray top scored for his side in both encounters. Glasgow had been 19 down against Bristol, but used a 31-16 third period to reduce their arrears with Boban Jacdonmi posting 14 points and 16 rebounds for his second double-double on the weekend.