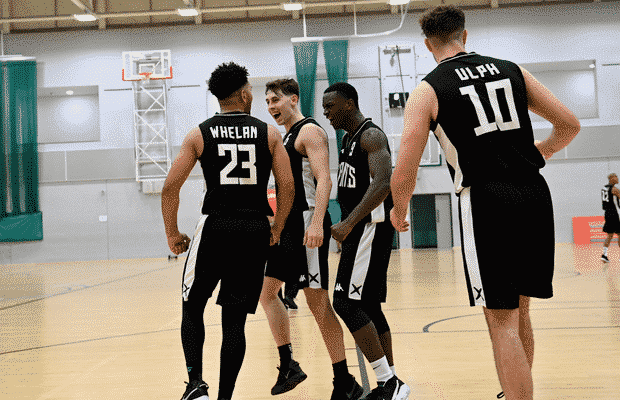 Technically this is Week 2 of the new season, but with just one game taking place on the opening weekend, this is where we start our Power Rankings.

The early editions of these rankings will be a bit weird, admittedly. There’s trying not to put too much into one result, looking at the long-term – with the credentials of being playoff champions – but ensuring there is at least some movement and also not just reflecting the league standings.

So, yes, some teams may drop after a loss or be above a team with a better record. There’s no exact formula.

Talk about hitting the ground running. Arguably, the two toughest fixtures you could have straight off the bat and the Eagles are soaring with two wins from two in the ‘group of death’ in the Cup. Ian Macleod’s side got the job done in overtime at the Copper Box to see off the Lions a week ago before a thrilling victory followed on Sunday against arch-rivals, Leicester Riders.

Newcomers Justin Gordon and Evan Maxwell have quickly formed an impressive partnership, while Rahmon Fletcher and Cortez Edwards look dynamic in the back-court and there have been several key contributions throughout the roster in both games.

Tag a friend who is clutch! Louis Sayers (@sayerrrs) hits back to back threes to put the Eagles (@newcastleeagles) up 8 with 90s remaining in OT and secure the W in London! ⌚️🇬🇧🏀 #BritishBasketball #Hoopsfix

It’s not often a Rob Paternostro defence gives up more than 100 points in a game, so that was perhaps the most surprising element of their defeat on Sunday – though it was their first opening loss to a season since 2006, per stats guru Dan Routledge.

There were also positives to take from the contest as they poured in 57 first-half points with the offence flowing early, while Mo Walker posted a double-double from the bench in his first BBL appearance for the club, over a year since signing.

The reverse trip to the North-East on Friday will provide a good early gauge of where they’re at and how they can respond.

As if Atiba Lyons’ side needed extra motivation going into their season opener at home, Lions guard Kevin Ware labelled the team ‘trash’ after a pre-season defeat. The Sharks did their talking on the court and repeated their win over the capital side behind a strong second-half display.

Antwon Lillard impressed with 21 points, 10 rebounds, five assists and four steals in an all-round effort as the Sharks inflicted a second loss on the Lions. The two teams meet again on Friday with the reverse fixture that could prove decisive.

…So should we quote him?

Still the long-term favourites, but they just can’t be number 1 with two consecutive defeats, however early into the season. The Lions started their prep early ahead of their maiden European campaign in the BCL qualifiers, but are off to a slow start in the Cup in a tough group.

They were denied an opening victory at the death against Newcastle last week – going on to lose in overtime – and struggled to get going at Sheffield. They’ve been without Byron Mullens, but have a stacked roster that poses the challenge of finding the right combinations

The ‘Green Machine’ gets up and running this weekend with the chance to grab the early local bragging rights when they visit Bristol on Friday. The new-look roster includes the highly-anticipated GB duo of Ashley Hamilton and Andrew Lawrence, who have both only featured in the BBL with London City Royals, to date.

Worcester are also set for their first game when they begin the defence of their Cup title by hosting Surrey on Saturday. Captain Maarten Bouwknecht held the trophy aloft back in January 2020 and has returned as part of a new look Wolfpack this season as they brought in a new contingent of Americans.

Certainly not how the Scorchers would have envisaged starting out 2-0, but two weeks extra prep should stand them in good stead when they take to the floor for the first time on Saturday – and even this game has been pushed back 24 hours.

The perfect start for the Giants – good news for the league, too – as they ended their long wait for a victory at the first attempt this season. No Americans, no problem. Local talent stepped up with Jordan Whelan leading the way with a 24-point haul to mark his return to his hometown – with all five starters in double figures.

Manchester did the damage in the third quarter as they extended their lead to 17 points and did enough to hold on down the stretch, despite giving up 33 points in the final period. A well deserved week off, while they await clearance for their American quartet, before the reverse fixture against Cheshire.

That’s for the @McrGiants fans that one. Sorry it’s taken a while 🐝🏀

Two weeks in isolation at the cost of two defeats – a timely reminder of the challenging situation the BBL faces amidst the unrelenting global pandemic.

Bristol still have four games left to turn things around in the Cup, though the mantra of ‘taking one game at a time’ has never been more apt. The Flyers are due to take to the court for the first time this Friday with South-West rivals Plymouth Raiders making the short trip into town in the latest instalment of the derby.

Kahron Ross finished with 26 points, 10 rebounds and six assists in defeat having led the late charge that saw his side close to within four points late on, having been 17 down with four minutes left. Every team will perhaps need more time to acclimatise than usual, but Cheshire will look to quickly regroup ahead of a trip to face Glasgow this weekend.

The new era under GB’s Gareth Murray is due to officially get underway this weekend as the Rocks welcome Cheshire to Scotland for their Cup opener. With no Americans on their roster, Glasgow are relying on youthful exuberance this season, but Sunday’s opponents will know not to take them lightly – as their opening clash proved.