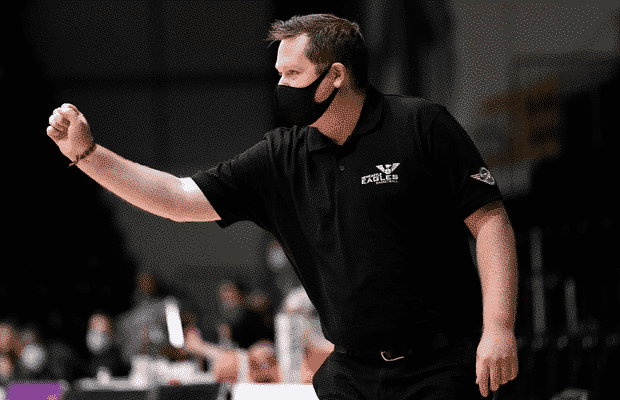 It seems a lifetime ago when you cast your mind back to last season, but the BBL is almost back – though of course, in these times, nothing remains certain.

The ‘will it-won’t it’ Trophy final in March turned out to be a thriller and went some way to satisfying the impending fear of a lengthy absence from the sport, though nobody was prepared for a near eight month wait.

So, here we are again with our Power Rankings..

Of course, these are subjective and may take a few weeks/months to take shape with the longer-term goal of winning the playoffs taken into consideration – should we get that far*.

Our preview edition is basically rate the rosters on paper so expect to see early movement once the action finally commences this weekend.

The season was cancelled due to the coronavirus pandemic – no champion was crowned.

*UPDATE: Just at the time of writing, Bristol Flyers announced they had forfeited their two opening games against Surrey Scorchers due to four positive tests for COVID-19.

No question, one of the deepest rosters ever assembled in the BBL. The signings kept coming, as did the high-profile names from DeAndre Liggins and Kevin Ware to Byron Mullens and most recently, Fahro Alihodzic – though Matthew Bryan-Amaning’s second spell is already over at the club.

However, the Lions’ most important business was locking down two-time league MVP Justin Robinson for two more years. The star guard makes his team tick and now has an abundance of talent around him.

The planned European venture has diverted into the delayed FIBA Europe Cup, and the Lions will be the team to beat domestically even though Vince Macaulay has a challenge on his hand rotating a lengthy list of star names and finding the right balance on a weekly basis.

The Riders have somewhat quietly gone about their business in the off-season, though perhaps because the limelight has been focused elsewhere, which they certainly won’t mind. Andy Thomson has retired, but you know that Rob Paternostro will have his side ready to go.

Jonah Mathews’ decision to return to the US amid NBA Draft interest shows the sort of high-calibre players that were targeted by the Riders with Americans Zach Jackson, William Lee and Geno Crandall all brought in from Europe.

GB guard Conner Washington returns to the club, which gives the team a major boost on the defensive side of the floor, while Mo Walker – one of four returnees – will be keen to get going after an injury disrupted first year and could prove to be a key figure.

Never write off the Eagles’ old guard. Drew Lasker and Darius Defoe have three decades of BBL experience between them and are back in the North-East once more having played pivotal roles in that Trophy triumph back in March.

The confirmed signature of Rahmon Fletcher is always coveted and the two-time league MVP will be joined in the backcourt by Cortez Edwards, who won silverware of his own during an impressive debut year in the league with Worcester.

Ian Macleod has the coaching job on a permanent basis and would be hoping for a more ‘straight-forward’ campaign, though with his side already going into isolation just before their season opener, preparation has not been ideal.

Andrew Lawrence. Ashley Hamilton. Two of GB’s elite brought together to highlight the continued intent from the Raiders through new investment. Despite high-profile mid-season additions, Plymouth languished outside of the top eight last season, but there will be an expectation to make a stronger start this time around.

Elliott Sentance is a smart pickup from NBL D1 – see our 5 British BBL rookies to watch – having showcased his ability against BBL opposition in last year’s Trophy, while London-born Prince Ibeh has the chance to show out on home soil on a predominantly British roster.

Even with just one post-season run since 2013, the playoffs should be the bare minimum target, while getting the better of South-West rivals, Bristol, would certainly be a boost to the fans.

The Sharks are often a team that is tough to figure out. But it’s also no surprise that they have an excellent track record of making the post-season – 25 consecutive trips since their first league campaign in 1994-95.

Mike Tuck returns. The sky is blue. Mackey McKnight, Nick Lewis, Rob Marsden and Bennett Koch are all back too. Familiarity will no doubt be an important factor in these testing times and they already enjoyed a comfortable pre-season win over the Lions. Their rivalry intensified in the aftermath and naturally, the two meet in the Cup.

Callum Jones is an astute pickup with a decade of playing in the BBL and his knowledge of the game will no doubt prove invaluable to the likes of Johde Campbell and Oscar Baldwin making the step up, as well as American rookie Kipper Nichols and compatriot, Antwon Lillard.

Matt Newby delivered in his first BBL role since the demise of Leeds Force; gifting the Wolfpack faithful another piece of silverware in the form of their Cup triumph at the start of 2020.

Cortez Edwards and Amir Williams are significant departures, though Jordan Williams has remained alongside Dutch captain Maarten Bouwknecht with the duo joined by a host of new names including Josh McSwiggan and Kingsley Nwagboso after time in France and Henry Wilkins, who joins from Surrey Scorchers.

Three of their four new American recruits are fresh out of college, as is dual national Micah Elan, with the new members of the Wolfpack keen to get going at the start of their pro careers.

Five wins at home, none on the road in the league. The Scorchers will need to address their consistency if they are to improve this season and the addition of reliable forward Rashad Hassan helps in that regard. That being said, they have a team that can put up points in a hurry and will fancy their chances in a shootout against anyone.

Skyler White, Lovell Cook and Caylin Raftopoulos are all amongst the top perimeter threats in the entire league, while Creon Raftopoulos has added young British talent in the form of Evan Walshe following his recent move from Oaklands – after an impressive 33-point outing in the L Lynch Trophy.

There’s also a long-awaited return for Martelle McLemore after several years at Thames Valley Cavaliers and he will look to propel the club to competitive heights they were reaching during the Guildford/Surrey Heat days.

UPDATE: Bristol have forfeited their opening two games against Surrey, resulting in 20-0 defeats.

Sport in Bristol is continuing to push on and the Flyers will have seen making their first final in the BBL as further signs of progression. The identity under coach Andreas Kapoulas is clear and they are often a tough team to beat, especially on their home floor.

They may be number 1 in the social media stakes, but they’d much rather do their talking on the court. The signing of Josh Wilcher from their rivals, Plymouth, could prove a master stroke. And, then there’s the returning front-court trio of Daniel Edozie, Raphell Thomas-Edwards and Marcus Delpeche.

American Eric Lockett stays on having been a mid-season signing earlier this year and is joined by compatriot Zach Copeland, who will bring the athleticism lost through the departing Fred Thomas.

UPDATE: Bristol have forfeited their opening two games against Surrey, resulting in 20-0 defeats.

Cheshire were a streaky team last season in the sense that they either won five straight or lost five straight, but their threat kind of floated under the radar as the campaign progressed. Parker Jackson-Cartwright was named BBL Player of the Year in the annual BJA awards, while Ben Mockford also shone and carried his performances into international duty – so not having those two back is a huge blow for the Phoenix.

Kahron Ross and Devin Mitchell combine in the new-look back-court with returnee Jalen Hayes joined by Eric Hamilton to add firepower inside, while Cheshire have a solid group of British players with BBL experience that can give them valuable minutes.

There is enough talent for Cheshire to be a playoff team, but the sides around them have also strengthened and consistency will be key if they are to make it into the top eight in the league.

The club have re-branded, re-built their roster and will be desperate to put recent struggles behind them. Difficult decisions were made in the off-season, but the Giants have loaded up on American imports – intertwined with local talent, headlined by the return of Jordan Whelan from the Lions.

And, while there is reason for optimism, the action needs to happen on the court. The quartet of Lyle Hexom, Sam Cassell, Breaon Brady and Donovan Johnson have performed elsewhere, but adjusting to a new league is not always a straightforward task and they will shoulder a lot of responsibility.

Any win will do, but Cup games with Cheshire and Glasgow provide a real early chance to show just how competitive they can be with an added bonus of getting themselves into the knockout stages.

Oh, what might have been for Glasgow. On the verge of a historic league title, a global pandemic denied them a first piece of silverware in the league in over a decade. Gareth Murray has now taken up a new role as player-coach with a young roster assembled, albeit one that will be determined to grab their opportunities.

Fraser Malcolm showed signs of his potential last season, while Boban Jacdonmi will look to impose himself in the paint at both ends of the floor in his rookie year as a pro and further young talent has arrived from France.

They probably couldn’t have asked for a kinder group in the Cup in order to settle into the new campaign and that will provide a good indicator of where they are at.