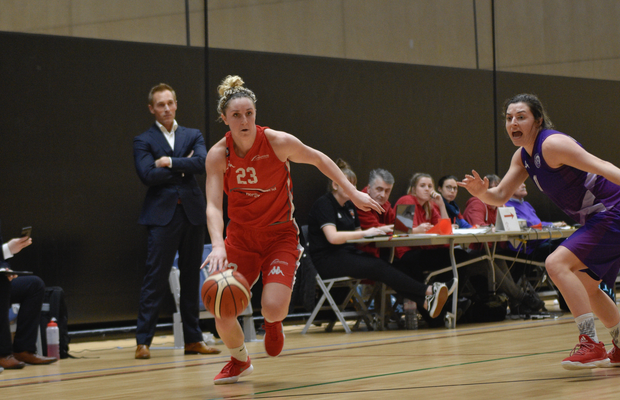 Alison Gorrell is returning to the North-East after signing with Newcastle Eagles for the 2020-21 WBBL season.

The American spent two seasons at Team Northumbria, to begin her pro career out of Florida Atlantic in the summer of 2016, before joining Sheffield Hatters in the 2018-19 campaign.

Gorrell racked up over 1,000 points in 57 league appearances and twice made the WBBL Team of the Year with a best of 38 points coming in her rookie year for Northumbria against Barking Abbey.

Definitely one of the best to ever do it @alison_gorrell …can't wait to get you back 👀… https://t.co/79ahWlhMQ5

“Never in my wildest dreams did I expect to be working with Ali again,” said Eagles’ head coach Chris Bunten. “Whenever I say goodbye to a player of her calibre all I hope for is that they make a good living out of the game and enjoy a long and successful professional career.

“When Ali left for Sheffield two seasons ago it was with my blessing and she proved to be a fantastic asset for them.

“She earned herself a move to Germany last season and averaged 16 points and five rebounds a game for a team that struggled in a very tough league.

“I didn’t expect to be able to sign her again but circumstances worked in my favour.

“And second time around I feel more confident that Ali will be able to express herself more and become an even bigger asset to this club.”

Gorrell left the WBBL after three years to join top-flight German side Saarlouis Royals and averaged 16.2 points, 5.5 rebounds and 2.4 assists per game in a disrupted campaign.

The 27-year-old adds star quality to the Eagles roster for 2020-21, which includes new British recruits Abby Lowe and Molly Taylor.

Rachael Bland is back alongside Lithuanian Mante Kvederaviciute and German Lisa Koop as well as the young returning group of Mollie Arnold, Millie Oates, Ruth Thornley and Orieoma Chukwu-Etu.