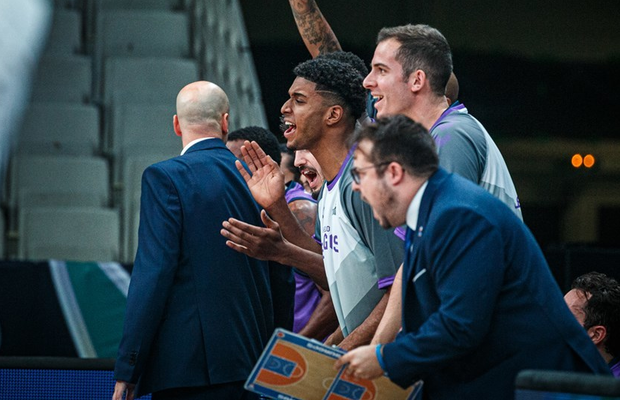 The 2001-born prospect came on inside the final minute of Burgos’ 81-67 victory and grabbed a rebound having also taken to the court in their opener in the Final Eight event in Athens.

The GB Under-20 guard averaged 13.9 points, 5.7 rebounds and 3.9 assists per game in 20 appearances for Burgos’ second team in the Spanish fourth tier in the shortened 2019-20 campaign.

Gabe Olaseni competed in the FIBA Europe Cup finals in 2019 as Wurzburg were beaten on aggregate by Italian side Dinamo Sassari.

Queeley and Burgos will face either Zaragoza or hosts AEK Athens, in Sunday’s final with live coverage on livebasketball.tv.