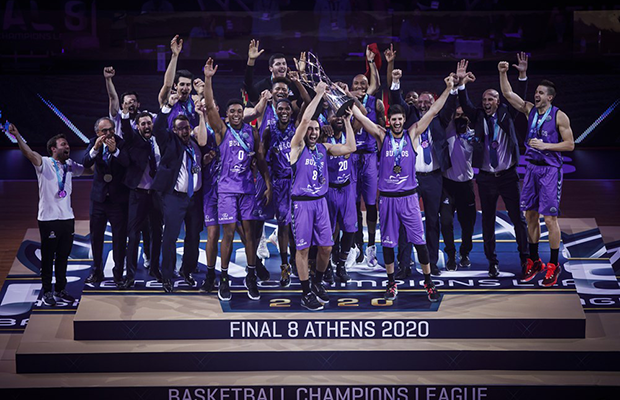 Kareem Queeley has become the first British player to win a Basketball Champions League title after his San Pablo Burgos side defeated AEK 85-74 in the final on Sunday in Athens.

Despite registering a DNP, the 2001 born Great Britain Under-18 makes history to become one of the few British players with a European title, adding to the Euroleague Adidas Next Generation Tournament trophy he picked up last year.

Queeley saw court time in both the quarter-final and semi-finals for Burgos – a club that became professional just five years ago – in the central venue event in Athens that concludes the 2019-20 Basketball Champions League season, which was postponed from its original date before the start of the summer due to COVID-19.

The GB Under-20 guard averaged 13.9 points, 5.7 rebounds and 3.9 assists per game in 20 appearances for Burgos’ second team in the Spanish fourth tier in the shortened 2019-20 campaign.