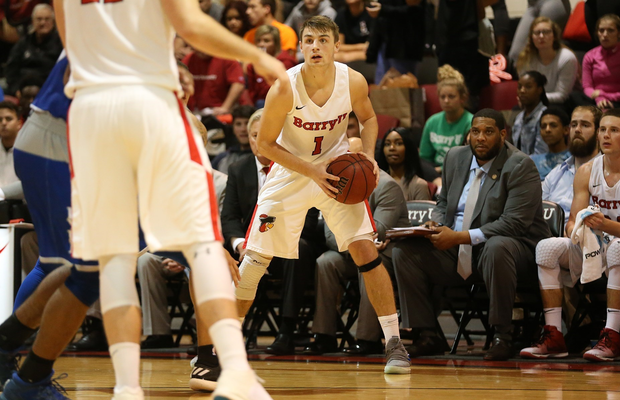 Evan Walshe has returned to Oaklands Wolves to compete in NBL Division 1 this season after a successful college career in the US.

The 22-year-old came through the Oaklands programme and previously spent a season in D1 with Essex Leopards prior to heading to the States.

📝 Welcome back Evan! . “It’s great being back at Oaklands, it feels like home.” @_evanwalshe . Read the full article on our website. . #Wolfpack #BritishBasketball

“It’s great being back at Oaklands, it feels like home,” he said via release. “I’m excited to get back on the court after such a difficult period during these uncertain times.

“I can’t wait to leave it all out there on the floor for this programme as they make the step up to the NBL Division 1 level.”

Walshe has also represented GB Under-20s at the European Championships and was an All-First Team EABL selection after averaging 21.5 points per game for Oaklands in the 2015-16 season.

He also competed in two editions of the Hoopsfix All-Star Classic with selections in the Under-17 Game in 2015 followed by the Under-19 Game a year later.