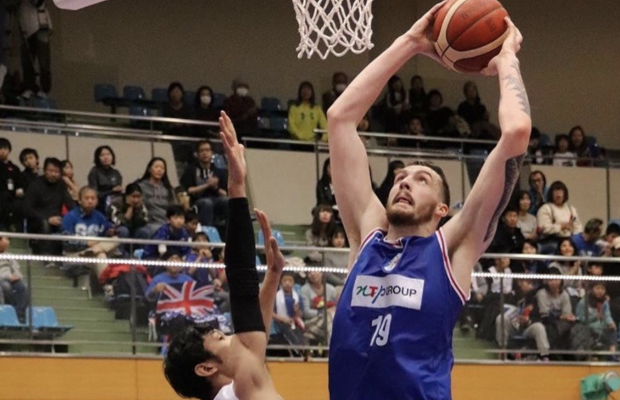 Ben Lawson is set for another season in Japan after his move to second division side Koshigaya Alphas was announced.

The seven-footer makes the switch from Toyotsu Fighting Eagles after averaging 15.8 points, 10.6 rebounds, 2.8 assists and 2.0 blocks per game in 25 B-2 league appearances.

Lawson also played for Fukuoka Rizing in the top-flight in his second season as a pro after playing in Cyprus and earned a shot in the NBA Summer League in 2019 – suiting up for Memphis Grizzlies.

Pleased to announce I’ll be playing with the Koshigaya Alphas this season! Very excited about this team;I love the vision of the team and their desire to win, let’s get it started!!! @go_alphas #bleague

The 25-year-old was a product of Oaklands College and went on to spend four years in the US at NCAA DI school Western Kentucky.

Lawson is yet to feature for the GB Senior side, but competed in successive summers at the FIBA European Championships for the Under-20s as well as representing England Under-18s.

His new side had a 15-32 record in the 2019-20 campaign and the new season in Japan is scheduled to get underway at the start of October.