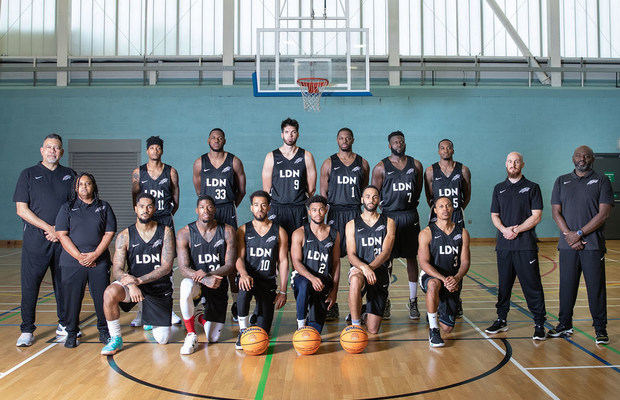 Here’s our guide with everything you need to know as London Lions begin their Basketball Champions League qualifiers campaign.

When are they playing?

Where are they playing?

Due to the ongoing effects of the coronavirus pandemic, the BCL altered its qualifying format – switching from home/away ties to staging a Final Four style event to determine each of the four qualifiers to the regular season.

The Lions did have hopes of hosting, but have instead had to travel to Botevgrad in Bulgaria and were held up upon arrival, with Americans currently not allowed into the country, before the issue was resolved.

Who are they playing?

Neptunas Klaipeda. The formidable opponents from Lithuania were one of the names to avoid when the draw was made, but the club has felt the financial strain of the pandemic – and there was a zero percent chance of any issues getting Americans into Bulgaria, because they don’t have any.

Basketball Champions League expert Diccon Lloyd-Smeath gave us his verdict on the Lithuanians:

“Neptunas represent a very dangerous challenge for the Lions. Basketball runs as deep as a religion in Lithuania and the prospect of playing a team with only domestic players means the Lions will be up against a squad that will feel like they are playing with the passion of a National Team.

“Head coach Tomas Gaidamavičius likes his team to play pure, team basketball. They were second in the BCL for Assist Percentage this past season at 71.6%. This essentially means 71.6% of their made FGs came from an assist.

“Neptunas will know they don’t have advantages athletically, so expect them to use ball movement, player movement and death from a thousand cuts in the pick-and-roll.”

“Žygimantas Janavičius will run the game from the PG spot. At 6’4” he represents a size mismatch for the Lions and they aren’t averse to posting him up, so you may see Liggins spending some time guarding him.

“After averaging 6.4 assists in the BCL, you already know this is the computer that runs the calculations for Neptunas and once he turns the corner to his left hand it’s a bucket or a dime every time.”

You can check out Diccon’s regular BCL column, here.

What’s on the line?

If the Lions were to prevail in Tuesday’s single-leg encounter, they would advance to a meeting with either Tsmoki-Minsk or Balkan on Thursday with a place in the regular season up for grabs – where the likes of AEK Athens, Brose Bamberg, Hapoel Holon and Pinar Karsiyaka await in Group D.

Alternatively, if the Lions were to lose either game in the BCL qualifiers, they would enter the regular season stage of the FIBA Europe Cup competition – although the start date has been pushed back to January with the group phase draw already made.

What are they saying?

“To go up against a team like Neptunas who do that as a matter of fact, we’re really going straight into the fire – why not go to the hardest team as best you can and if we play to the best of our abilities, I think we have a real shot,” – Lions head coach, Vince Macaulay told Hoopsfix.

🗣️ “We know Lithuanian teams are traditionally organised; they’re tough, they play hard, they play together, very smart. For us, really what we’re trying to do is come out there and speed them up, use our athletic ability, use our experience and just try to punch them first and overwhelm them.

“We can’t hold anything back in this game, it’s lose and go home – we’ve got to use all of our bullets and come out fighting,” – Lions guard, Justin Robinson told Hoopsfix.

How to watch them playing?

Tuesday’s game will be streamed live on the BBC Sport website, while it is yet to be confirmed whether it will also be available to watch live on the Basketball Champions League official YouTube channel.

The Lions have been very busy in the off-season in preparation for their European campaign with 16 signings made, including five Americans – although only four would be eligible for the BBL.

Stephen Brown is the latest addition, following a knee injury sustained by Jules Dang Akodo and the British guard is part of the four names to miss out on the 12-man roster alongside Shane Walker, Chris Tawiah and Kingsley Okoroh.