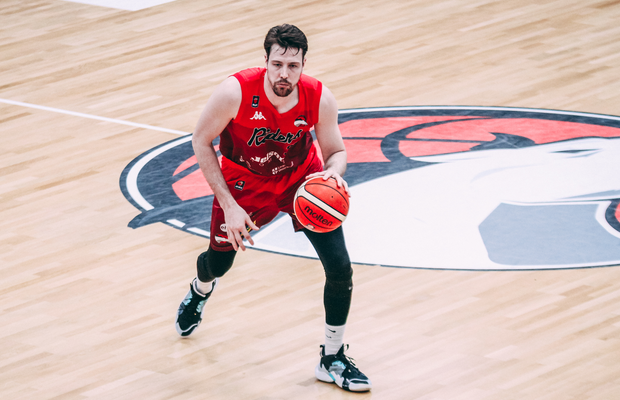 Andy Thomson will not be suiting up in the BBL next season after announcing his decision to retire from professional basketball after 14 years.

The 36-year-old Mancunian collected an impressive haul of 20 winner’s medals in the league with successful spells at Everton/Mersey Tigers, Newcastle Eagles and most recently, Leicester Riders.

It’s been a pleasure. Thank you for everything 🏀. https://t.co/LaU6y9Pfwr pic.twitter.com/dXJO7prPof

Thank you Andy it’s been a pleasure to work with you over the last 4 years and your an incredible professional that will be missed both on and off the court! 20 BBL trophies 🏆 is an awesome achievement. Thank you and Goodluck for the future #BBLLegend #RidersFamily https://t.co/vBTjl07GI8

One of the best to ever do it! Won everywhere he went! Hell of a player and a great friend. Congrats on a career @AndyThomson1984 , now to work on your golf game, you might beat me one day! https://t.co/fYa2s3woYR

Thomson made the switch from the North-East and would become captain of the Riders halfway through his four-year tenure with the club – including leading the team into a historic European venture.

As well as becoming a household name in the BBL, Thomson was part of the England squad that competed at the 2018 Commonwealth Games and also had a two-year stint in France with La Rochelle as well as previously playing in Spain.

Thomson explained his decision in a statement relayed by the Riders:

“To step away from such a long career, in anything, is a tough, life changing decision, however with sport you’re fully aware it’s got to come to an end.

“Going into the 2019/2020 season, as my 14th year in professional basketball, I had the mindset that this season was likely to be my last one.

“I may not have been able to complete this final season and finish on that high due to the impact of the Covid-19 pandemic, but I still reflect on my career with pride.

“I’ve achieved 20 trophies across my 9 seasons in the BBL, having represented 3 different clubs and captaining my final 2 seasons.

“This decision did not come easy to me.

“I’d put these thoughts off for years as I could never bring myself to visualise hanging up my shoes, however over the last few I’d put my efforts into training and launching my business, Solvere Therapies, specialising in holistic, complementary treatments as my transition.

“This gave me the confidence to see that there was another path out there for me.

“Having also recently explored other opportunities which may still come into fruition, I will always pursue this as a side line to satisfy my passion for helping people.

“When I look back to starting out my career, I can see how much basketball, as a sport has grown.

“The league is definitely trending in the right direction; it’s more competitive, there are more supporters, teams now have their own arenas and clubs are venturing into European Competitions.

“Whilst Covid-19 has us hanging in suspense, I’m positive it won’t be long before the growth continues.

“I would like to say a huge thanks to the Leicester Riders club and fans for welcoming myself and my wife to their community.

“The support and loyalty from the fans during the highs and lows have made it an honour to represent them and their city.

“I hope you enjoyed this part of my journey as much as I did.

“A great thing about basketball is that it has its own network, you play with and against players who over the years of playing in the BBL, many have turned in to life-long friends.

“You also get the privilege to meet with fans and sponsors, and through this I’ve made some great friendships.

“I’d like to say a further thanks to coach Rob Paternostro for signing me up to his ball club.

“He and Russell Levenston put together some very talented teams which I was lucky to be a part of, culminating in 7 trophies throughout my time here.

“Whilst Rob’s a very emotive and animated coach on the side lines, he’s very supportive and understanding in the needs of his players on and off the court which I appreciated greatly.

“The arena and the club are in good hands with Kevin Routledge at the helm and I wish them the best of luck in their future and I’m sure there will be plenty more trophies to line those cabinets.

“I’m still residing in Leicestershire so will ensure I get down to the games to continue my support.”

Thomson becomes the sixth departure from the Riders’ 2019-20 roster with Americans Kyron Cartwright and Namon Wright signing in Europe, while Josh Ward-Hibbert moved to London Lions, Rema Lascelles retired as a pro then re-joined NBL D1 side Derby Trailblazers and Jesse Chuku opted to take a break to recover from an injury.