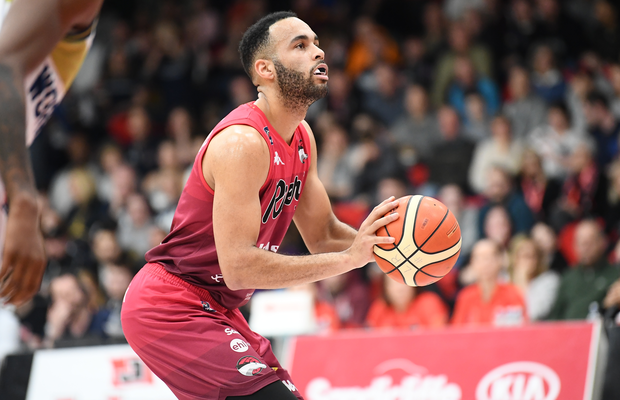 London Lions have finally confirmed the signing of Josh Ward-Hibbert for the 2020-21 season after his departure from Leicester Riders.

The 26-year-old had been with the Riders since 2016, but chose not to pick up the option for the second year of his contract following an approach from the Lions and joins up for their European campaign.

Really disappointed @jwardhibbert has decided to leave our club and nothing we could do stop him! His development and journey over the last 4 years has been impressive. I hope it works out for him and good luck to him in the future #WhereHistoryBegins https://t.co/bLYoclZWyw

Join us in welcoming @jwardhibbert to the Pride

🗣️"I am really happy to be here right now. There is a great vibe and energy around the gym and I cant wait to get out on the floor in completion with the rest of the team"

Ward-Hibbert came off the bench in 10 of 11 league appearances last season, recovering from an injury to average 11.2 points and 5.9 rebounds per game for Leicester.

“I am really happy to be here right now,” he said on the move. “We have had a great few days starting back with the team.

“There are a few of us new to the team and feel like we are all syncing in and gelling together really well. There is a great vibe and energy around the gym and I can’t wait to get out on the floor in competition with the rest of the team.”

In 2010, Ward-Hibbert made the All-Tournament Team at the Under-16 European Championships with England and also enjoyed a successful tennis career in the juniors – reflecting on the experiences here.

Ward-Hibbert is the 12th confirmed signing on the roster for next season with the Lions building a larger squad in order to cope with the potential of a more compact schedule, as more signings are understood to be following.

The Lions will compete in the Basketball Champions League for the first time and have been drawn against Lithuanian side Neptunas Klaipeda in the first round of qualifying.

Full ins and outs of all 11 BBL clubs in our annual rosters tracker, HERE.