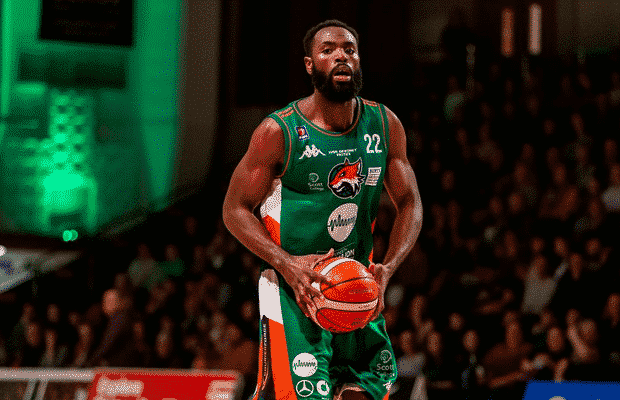 Surrey Scorchers have announced their first signing for the 2020-21 season by bringing in Rashad Hassan from Plymouth Raiders.

The American averaged 18.5 points and 8.3 rebounds per game in the shortened league campaign last season and has previously played for Leicester Riders and London Lions.

Take a look at our new signing Rashad Hassan in action for the Plymouth Raiders last term!#OneGoal 🔥 pic.twitter.com/IccFqk0UTG

Hassan has twice been named to the BBL Team of the Year and makes the switch to Surrey Sports Park for his sixth season in the league, to the delight of head coach Creon Raftopoulos.

“The signing of Rashad highlights the direction that we are trying to take the club in by looking to get some experienced players on our roster.

“He wanted to be with us, and we wanted somebody that knows the league.

“We know from last season that defence has to be something we need to focus on.

“Having a veteran group that understand the importance of defence is crucial, and I’m hoping it will
start with him as one of our big men – being the guy that can ignite our defence.”

The Scorchers were in ninth position with a 5-9 record in the BBL Championship last season before the campaign was eventually cancelled due to the coronavirus pandemic.

Since the re-brand in 2015, the club has only had a winning record in the league once – 20-13 in the 2017-18 season – with only one semi-final appearance, but have stated their intentions with the arrival of a player with plenty of pedigree in the BBL.

For all the ins and out around the league, check out our annual rosters tracker, HERE.