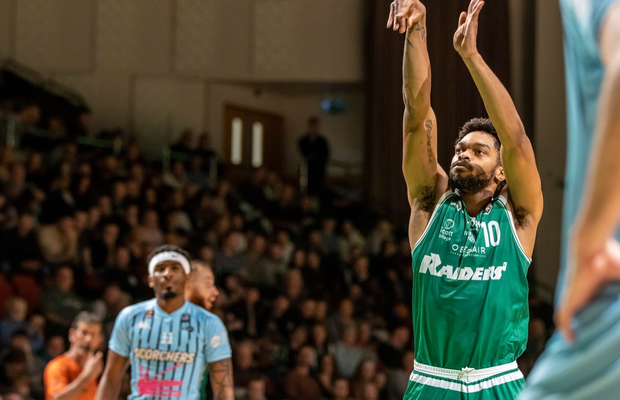 Plymouth Raiders have re-signed Denzel Ubiaro for his fourth season with the senior team ahead of the 2020-21 BBL campaign.

The 23-year-old Londoner first joined the club in 2017 having returned from Stateside and has been a solid contributor for the Raiders.

Ubiaro, the 23 year old fan favourite will continue with Raiders into his 4th campaign for the senior BBL team.

Ubiaro averaged 6.7 points, 1.8 rebounds and 1.2 assists per game with two starts in 13 league games last season with a best of 17 points against Surrey Scorchers in January.

“It’s exciting coming back for my fourth year with the Raiders and cannot wait to really do some amazing things this coming season,” he said. “With an unexpected halt to last season, this one coming is going to be an incredibly special and successful 20/21 season the fans more than deserve.”

Head coach Paul James added: “Denzel will be playing his fourth season with the Raiders and we have seen him grow and improve as a player and person every season.

“A student at Marjon University, we’re looking for him to continue this upward curve in his professional development and improve on his performances once more.”

Plymouth have also re-signed Will Neighbour to add to the signings of GB international Andrew Lawrence and American guard Rickey McGill.