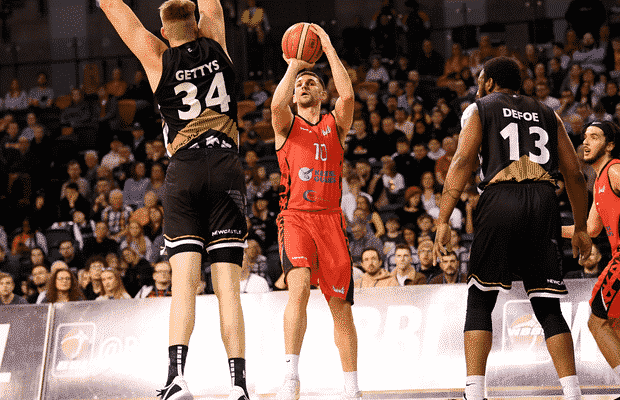 Elliott Sentance will make the step up to the BBL next season after signing with Plymouth Raiders for the 2020-21 campaign.

The former GB U20 helped Solent Kestrels to a dominant season in NBL Division 1 as they also reached the final of the BBL Trophy.

Sentance finished with 26 points and six rebounds in the 96-94 overtime loss against Newcastle Eagles at the Emirates Arena, in March.

“I’m extremely happy about this opportunity to play with the Raiders this season,” he said. “I feel this is a positive move for me to develop as a player on and off the court.

“I’m also thrilled to be part of the organization as a whole and can’t wait to get started.”

Sentance becomes the fifth confirmed signing in five days for the Raiders, following the returns of Denzel Ubiaro and Will Neighbour as well as new additions Andrew Lawrence and Rickey McGill.

He previously played with Leicester Warriors in NBL D1 as well as a season in the fourth tier of Germany.

For all the ins and outs around the league, check out our annual rosters tracker, HERE.