Jordan Williams returns for a second season with Worcester Wolves 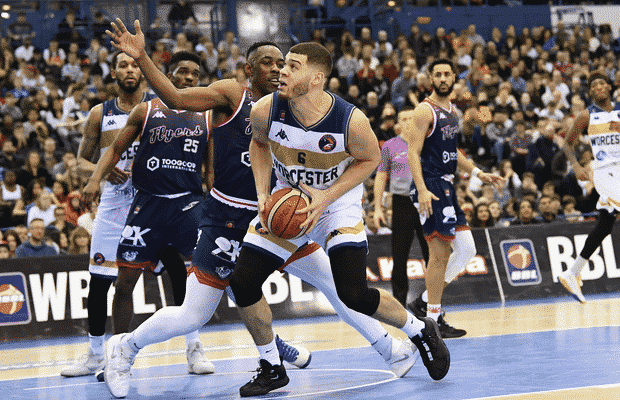 Jordan Williams has extended his stay with Worcester Wolves after re-signing for the 2020-21 season.

#WolfPack please welcome back for his second season with the Wolves, @YM4williams !

Head over to our website to read the full story on Jordan signing with the franchise!https://t.co/zQ7t6zfEoP

Williams has previously played for Surrey Scorchers in multiple spells in the BBL and also had a stint in Germany with Giessen 46ers – and head coach Matt Newby is pleased to have him back.

“I feel last season Jordan made a significant impact on the league and was a key component in our success,” he said. “Arguably, he was one of the best interiors in the league and is a match up problem for most teams when he was playing at his peak.

“He has the ability to stretch the floor, is very well rounded in pick and roll and can get the ball on the floor and create from the perimeter; when you couple this with a well-rounded interior game which has both power and finesse as well as a strong passing game, then there is the makings of a next level big.

“He requires more consistency in several areas, but I feel that with the right application he can really go up a gear in terms of output this season.”

For all BBL ins and outs, check out our annual rosters tracker, HERE.