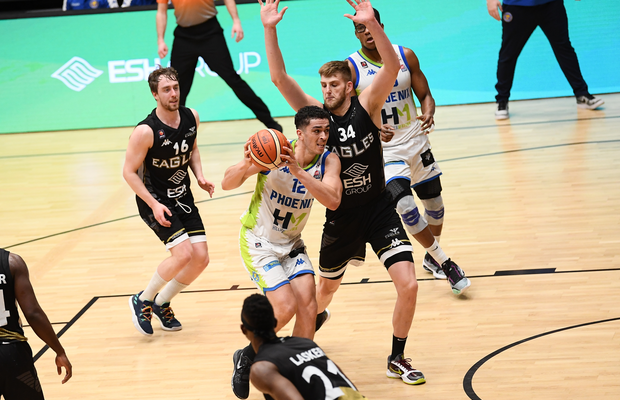 Louis Sayers has been confirmed as Newcastle Eagles’ fifth signing ahead of the 2020-21 season.

The former GB Under-20 guard has been a regular in the BBL since his debut in 2013 having had spells at Plymouth Raiders, Leeds Force and most recently, Cheshire Phoenix.

It’s been a pleasure @bblcheshirephoenix 💙💛 • Thank you for all the love & support throughout my 2 seasons (almost 😒) in the blue and gold! • Every new team I play on, I make a few new lifelong friends in fans, staff, volunteers and everything in between…and new brothers in my teammates. • Much love to you all 💪❤️ • See ya around 😊✌️ • Pretty sure photo cred is between: @adam.day.photography @pabloharrington_nix_photog @omgitsfill @tubpodcast

Sayers averaged 7.5 points, 3.5 rebounds and 2.1 assists per game in 13 league games for Cheshire last season with a best of 14 points and 8 assists against London Lions in February.

The 28-year-old also had a year in Germany, playing for Koblenz in the fourth tier and is now looking forward to joining the Eagles.

“Growing up watching the BBL and then throughout my career as a player, I’ve always had a lot of respect for the club, how it operates and everything it has achieved,” he said.

“So, signing for the Eagles is an exciting time for me. I was contacted by Coach [Ian] Macleod about the opportunity and, although it was unexpected, I felt that it was a perfect progression in my career.

“I pride myself on being a good teammate and person, first and foremost, but in terms of what I will specifically bring to the game, I think I’ll be another shooter to help spread the floor and an all-around energy on both ends of the floor.

“My main goal for the season is to win some silverware. It’d be great to add another winning season to the Eagle’s impressive collection.”

Check out all the BBL ins and outs in our annual rosters tracker, HERE.