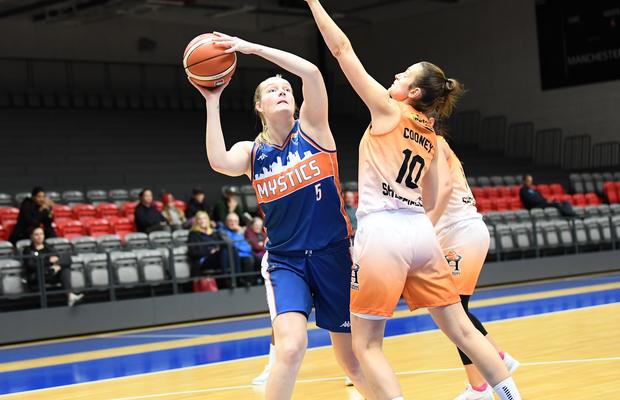 Sammy Roscoe is heading overseas next season after signing with Flippo Baskets in Germany’s top-flight.

The 24-year-old averaged an impressive 18.4 points, 8.5 rebounds and 2.6 assists per game in 14 league appearances for Manchester Mystics last season.

Just like that.. Season 3 with mystics has come to an end. So many memories with some pretty amazing people 🇬🇧💖

The Australian native had first joined the Mystics in the WBBL during the 2017-18 season following a four-year collegiate career at North Dakota.

Roscoe will come against GB Senior guard Eilidh Simpson in Germany next season after her move to Halle, while fellow Brits Leah McDerment and Harriet Ottewill-Soulsby both played there this past season.

Flippo had a 9-12 record in eighth place in the DBBL before the season was cancelled due to the coronavirus pandemic.