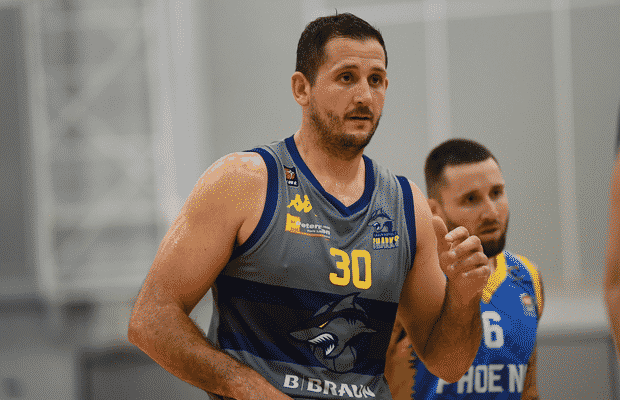 Rob Marsden has re-signed at Sheffield Sharks for a fourth consecutive season to become the fourth returnee from last season.

The Yorkshire native joins Mike Tuck, Nicholas Lewis and American guard Mackey McKnight in staying with the Sharks after the early cancellation of the 2019-20 campaign.

Doncaster's finest – @RMarsy88 – is back in Sheffield for his 4th season with the Sharks! pic.twitter.com/LLgSMWJLGR

Marsden averaged 10.9 points and 5.6 rebounds in the league for the Sharks with eight starts in 13 appearances.

“It’s great to have Marsden back on board,” said head coach, Atiba Lyons. “He embodies what the club is – a tough, blue-collar worker that puts his head down, works hard and never complains. He sets a great example for our younger guys.”

The 31-year-old previously spent two seasons at Leeds Force as well as a spell at Manchester Giants prior to a stint overseas with French side Cognac.

Sheffield’s last trophy in the BBL came in the 2015-16 season when they defeated Leicester Riders in the final of the playoffs as Tuck earned MVP honours.