Callum Lawson, Deane Williams ready for another year in Iceland 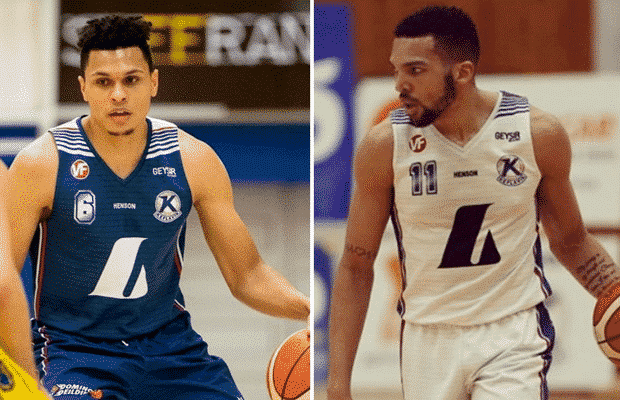 Callum Lawson and Deane Williams will go from team-mates to rivals next season as they return for another year in Iceland.

The Brit duo played together at Keflavik for part of their rookie pro campaigns and while Williams has re-signed with the club, Lawson has made the switch to Thor Thorlakshofn.

Could never have imagined my first year of professional basketball ending like this but it will be one to remember for sure! Shoutout to all of my teammates who put in their all and made what we did possible, and to a great coaching staff and board who went out of their way to ensure I was able to perform day in day out. #kefbornandraised ☃️

Williams averaged 15.6 points and 9.9 rebounds in 21 league appearances; shooting 60% from inside the arc with 13 double-doubles including 22 points and 16 rebounds in October.

“I’m expecting to capitalise on the knowledge and experience I gained last year to possibly propel myself into a higher level league next season,” Williams revealed to Hoopsfix. “I played well, but I was slow to start. At times I felt like I didn’t belong.

“As the season progressed, so did my confidence and going into this coming season I’m setting no ceilings for myself and I’m ready to show what I can do to the fullest extent.

“Signing early was a blessing in disguise for me during the current pandemic; it taught me not to be greedy too early and let your talent run its course rather than trying to force yourself into uncertain positions.”

Meanwhile, Lawson signed his first pro contract – out of ACU – in Sweden; joining Umea, where he averaged 8.4 points per game before linking up with Williams in Iceland at the start of 2020.

In the penultimate game before the season was cut short due to the coronavirus pandemic, Lawson fired in a best of 35 points and is looking forward to the challenge on a new team.

“Last season was full of great experiences and I learnt a lot throughout the year,” Lawson told Hoopsfix. “The move to Iceland was a really good situation and I was fortunate to play alongside Deane.

“It doesn’t happen often where two UK guys can play overseas together and I am looking to playing and competing against Deane again, just like we did at junior level – he is someone I call a brother so it will always be love.

“My goals for next season include working hard every day, growing and learning and doing my part in contributing to a winning basketball team.”

Williams and Lawson are also set to come up against American guard Rodney Glasgow – who holds a British passport – after his move from Newcastle Eagles to Njardvik.