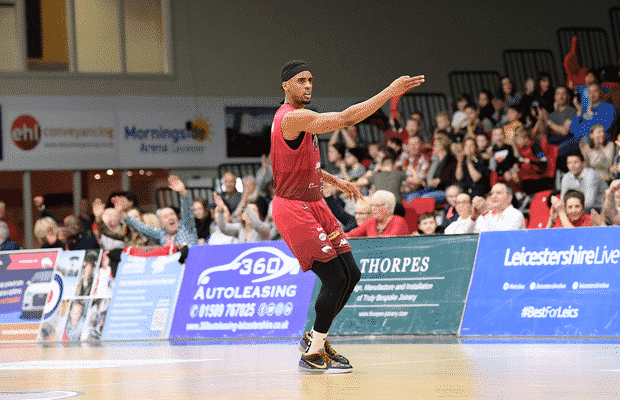 Jamell Anderson has signed a new one-year deal to remain with Leicester Riders for the upcoming 2020-21 season.

The athletic forward, who turned 30 today (Monday), has made over 250 appearances for the Riders and won seven trophies since his move from Essex Pirates in 2011.

🥳 @Jamell_A returns for the Riders (oh and it's his birthday!) #jamell #mello pic.twitter.com/SZUzeaqiwA

“We are thrilled to have Jamell back for another season,” commented Riders head coach Rob Paternostro, via release. “He is a guy who does whatever a team needs to win.

“I thought he played very well last season; defensively his commitment and ability is a valuable tool for any group and his length, speed and size makes him an elite defender in this league.

“He shot the ball well last season and offensively was very efficient – he is a player who puts the work in and you can see how his game develops every season.”

Anderson is in his second spell at the club having departed to join Cheshire Phoenix for the 2016-17 season having also spent the following summer playing in Australia.

Last season, the Nottingham-native averaged 10.8 points per game in 12 league appearances as well as 4.4 rebounds and 1.8 assists, whilst shooting above 40% from 3-point range.

Anderson represented England at the 2018 Commonwealth Games – where he received national coverage for his proposal to GB’s Georgia Jones – and has recently been on the fringes of the GB Senior set-up.

The announcement follows Conner Washington’s return to the club as the Riders continue their preparations for next season.