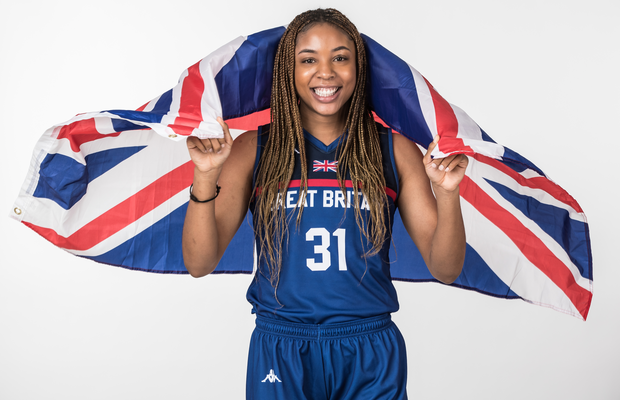 Kristine Anigwe is part of the LA Sparks’ final 12-player roster after being traded in the WNBA for the second time in as many years.

The GB international was the ninth pick in the first round of the 2018 WNBA Draft, selected by Connecticut Sun before being traded to Dallas Wings in August, 2019.

GB's @KristineAnigwe makes the final roster for @LA_Sparks for the 2020 WNBA season after being acquired via a trade from Dallas!#BritishBasketball #WNBA pic.twitter.com/hbfu2oDlpj

However, the Wings decided to move on from not one, but two Brits on Tuesday by following the Anigwe trade with making Karlie Samuelson one of the final cuts.

The GB star was picked up by the Wings during the 2019 season and was set to play alongside younger sister Katie Lou after her trade from Chicago Sky following a rookie season.

Meanwhile, Temi Fagbenle was not re-signed by Minnesota Lynx, ending a three-year spell with the franchise after becoming a WNBA champion in 2018. They held exclusive negotiating rights with Fagbenle on the Reserved Players list during free agency.

Angiwe made her senior international debut during February’s FIBA Olympic Qualifiers in Belgrade, Serbia and was previously a standout college player having scored 50 points during her sophomore year at Cal.

Recent @gbbasketball Senior debutante @kristine__31 scoring a record 5️⃣0️⃣ points in her sophomore year at Cal in 2016! . Anigwe was the 9th pick in the 2019 WNBA Draft . #BritishBasketball #Hoopsfix #Cal #WNBA

The 2020 WNBA season was due to begin this month, but has been halted due to the current coronavirus pandemic.